Feature articles in the September 2013 issue of Metro Report International 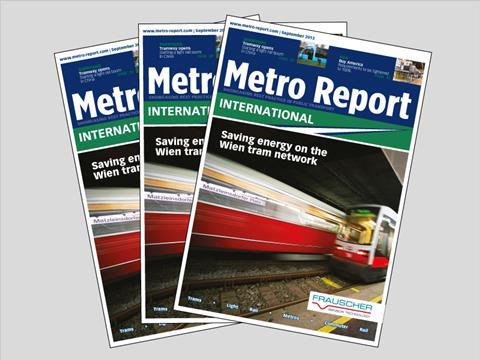 Articles in the September 2013 issue of Metro Report International.

The Constantine tramway becomes the third to open in Algeria, with many more to come

Tours celebrates the opening of tram Line A

Nick Kingsley and Karol Zemek look at the latest tram developments in Birmingham, Manchester and Nottingham

Dr Harry Hondius presents his annual round-up of the low-floor tram and LRV market, and looks in detail at new trams for Stockholm and Helsinki

The latest products and services for the urban rail industry