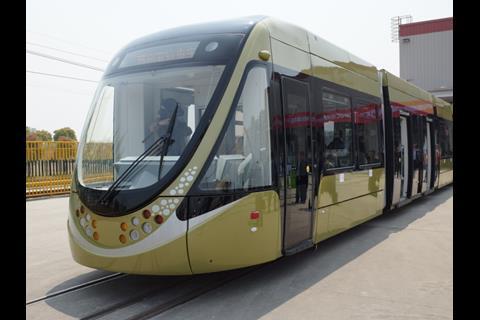 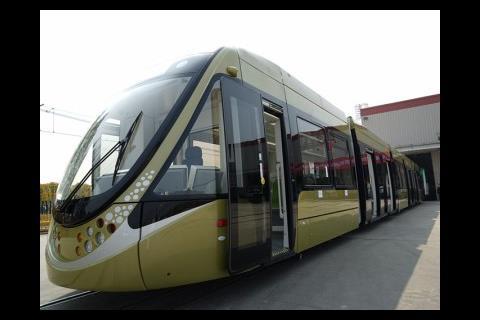 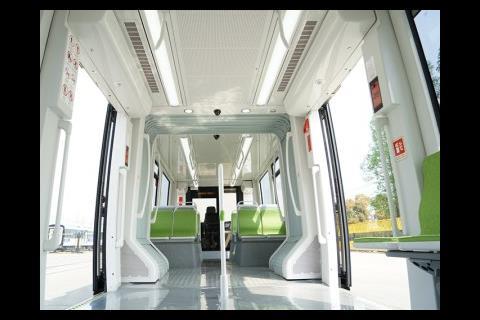 CHINA: The first of 18 trams for Suzhou has been rolled out at CSR Puzhen’s factory in Nanjing. This is the first vehicle produced under a 10-year technology licensing agreement signed between CSR Puzhen and Bombardier in July 2012.

‘We are proud to be part of this milestone and look forward to seeing Suzhou become a benchmark in modern tramway operation in China’, said President of Bombardier China Jianwei Zhang.

The trams are based on Bombardier’s Flexity 2 technology and are being built at CSR Puzhen’s Nanjing site. The five-section bidirectional 100% low-floor trams are 32 m long and 2 650 mm wide. They are being fitted with Flexx Urban 3000 bogies and Mitrac traction equipment.

CSR Puzhen won an order in January 2013 to supply 18 trams for the line being built in Suzhou National New & Hi-tech Industrial Development Zone. Suzhou New District Tram Co will operate the trams on the 18 km, seven stop line T1 linking the centre of the industrial zone with the West Lakeside Area. Scheduled for completion in 2015, T1 is the first of six planned lines.