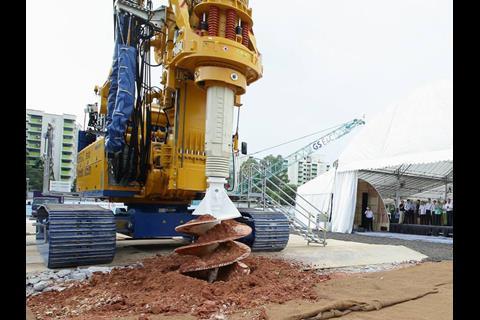 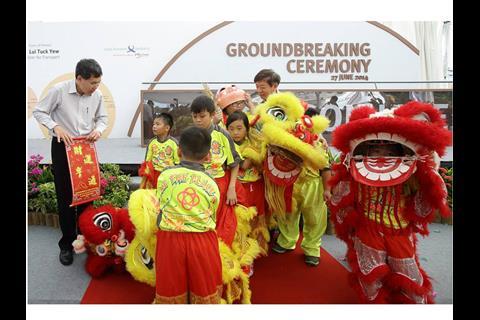 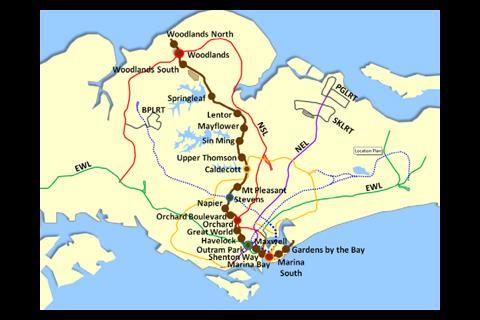 SINGAPORE: A groundbreaking ceremony officially launched construction of the Thomson Line on June 27. Scheduled to open in three phases from 2019 to 2021, the 30 km north–south line will run entirely underground from Woodlands North to the Central Business District and Marina Bay.

It will largely parallel the existing North-South Line, providing an additional 60% capacity to help relieve crowding along the corridor. The Thomson Line’s 22 stations will include six interchanges connecting with all five existing metro lines, and daily ridership is predicted to reach 400 000.

Land Transport Authority has now awarded 22 of the 25 major civil contracts for the line, with the remaining three to be awarded by the end of this year. A consortium of Kawasaki Heavy Industries and CSR Qingdao Sifang will supply the driverless trainsets.

Ground-freezing construction techniques are be used on the metro network for the first time, to prevent water seepage during tunnelling at Marina Bay where the Thomson, North-South and Circle line tunnels will intersect.

‘The Thomson Line marks yet another milestone towards realising our Land Transport Master Plan’s vision to double the length of our rail network’, said Minister for Transport Lui Tuck Yew at the groundbreaking ceremony. ‘When this is achieved by 2030, our MRT system would be comparable in network density to New York and London. By then too, eight in 10 households will be within a 10 min walk from a train station.’

The minister also confirmed that the the West Loop of the Punggol LRT is scheduled to open for revenue service on June 29, and the proposed Canberra station is to be built between Yishun and Sembawang on the North-South Line.

In the long term, the Thomson Line will be linked to Johor Bahru in Malaysia via a cross-border rapid transit link from Woodlands North station.