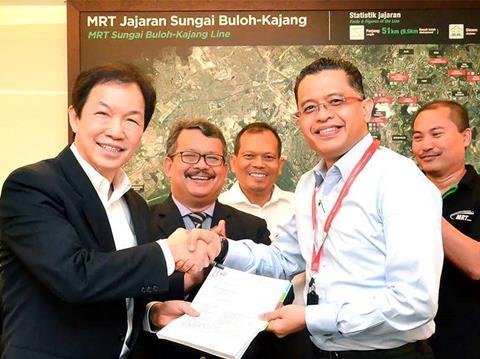 MALAYSIA: Klang Valley Mass Rapid Transit announced on March 31 that it had selected MMC-Gamuda to build the underground section of Klang Valley MRT Line 2, also known as the SSP Line.

MMC-Gamuda beat China Railway Group and China Communications Construction Co for the 15·47bn ringgit contract. This is the largest of 66 works packages for the 52·2 km line with 37 stations which would link Sungai Buloh to Putrajaya via Serdang. It covers the construction of 13·5 km of tunnels and associated works, as well as 11 underground stations. The underground section would run from Jalan Ipoh in the north to the Desa Waterpark in the south.