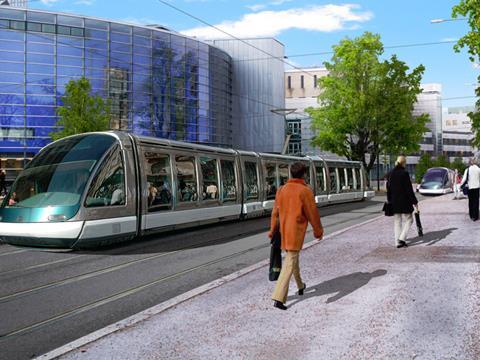 FINLAND: Helsinki and Espoo city councils have voted to approve the Raide-Jokeri orbital light rail route, with final approval expected at the end of June.

Work is due to start next year on the 25 km route linking Itäkeskus in eastern Helsinki to Keilaniemi in eastern Espoo, which would replace the bus route 550. The alignment would be mostly segregated from other traffic, with 16 km in Helsinki and 9 km in Espoo. The end-to-end journey time would be around 1 h, covering 33 stops. Upon completion in 2021, initial ridership is expected to be nearly 90 000 passengers per weekday, against the current figure of 30 000 for the bus route.