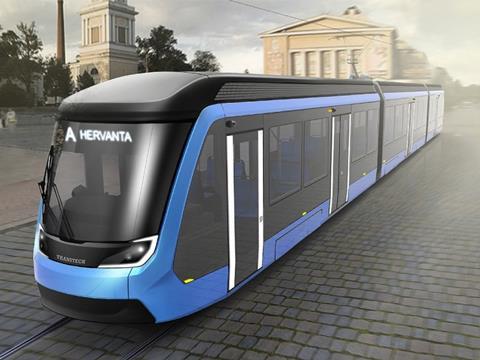 FINLAND: Tampere city council has voted to build a tram network, with 41 in favour and 25 against.

The 23·5 km standard gauge route would link the city centre with Sampola, where branches would continue to the University of Tampere and Hervanta. In 2015 the city selected the Tralli consortium of Pöyry, VR Track and YIT as the contractor.

The 15 km first phase has a budget of €238·8m, including €71m from the national government. Work is due to begin next year, with opening due in 2021. The contractor would receive a €1·8m bonus for finishing on time and within budget. The second phase would include five stops and is expected to cost €44·1m. This is scheduled to open in 2025.

In October Škoda subsidiary Transtech announced that it had been selected to supply 15 to 20 trams plus 10 years of maintenance with an option for 30 more years. The contract is worth €97·5m.