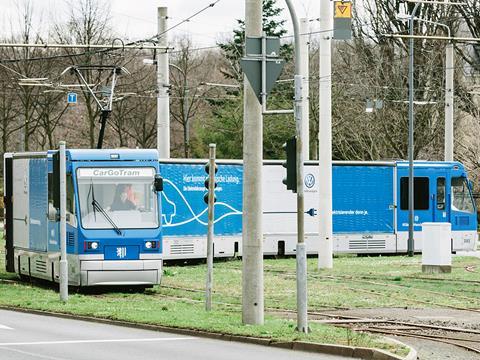 CarGoTram was first launched in 2001 to reduce the need for lorries to pass through the city centre to reach the factory. The two dedicated freight trams were purpose-built by Schalker Eisenhütte, and are able to carry the same load as three 18 m lorries.

One of the two CarGoTram vehicles has been returned to service for the relaunch, and the second is expected to be available by November. The blue-liveried freight trams are operated by city transport company DVB, run up to three times per day and take around 25 min to cover the 5·5 km route which is shared with passenger services on the city’s 1 450 mm gauge tram network.