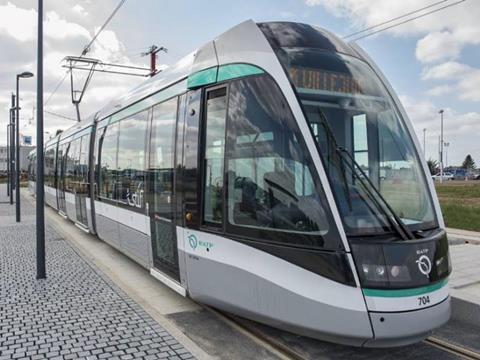 FRANCE: Paris transport authority RATP and tram supplier Alstom have completed an experiment with a tram which can stable itself in the depot autonomously.

The tram uses lidar sensors to detect obstacles, and can react by reducing speed, increasing braking or applying emergency brakes. The tram is also capable of recognising its stabling point. Some of the technology has been supplied by Easymile, in which Alstom took a stake earlier this year.

The six-month project included three months of trials at the T7 depot in Vitry-sur-Seine. Further studies and tests are due to begin in the second half of 2017.

RATP President Elisabeth Borne said that the trial ‘is fully in line with the group’s culture of innovation’, adding that RATP would soon begin testing autonomous parking of buses.