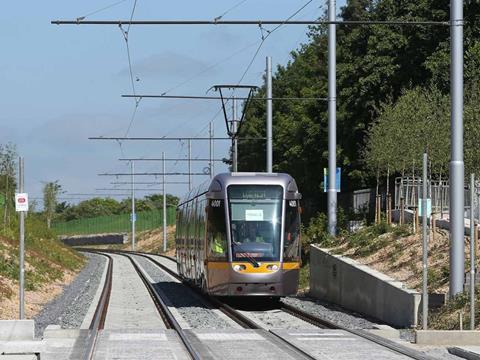 IRELAND: Test running on Dublin’s Luas Cross City line started on June 17. Two Alstom Citadis trams were involved in the initial weekend of gauge testing, travelling at up to 10 km/h.

The 5·9 km extension of the Green Line runs from the existing northern terminus at St Stephen’s Green to Broombridge via the city centre, providing an interchange between the Green and Red lines. The €368m project adds 13 stops to the network.

Construction is being carried out by a joint venture of John Sisk & Son and Steconfer. In September the Cross City line will be handed over to operator Transdev, ahead of the opening in December.