CRRC metro cars on their way to Boston 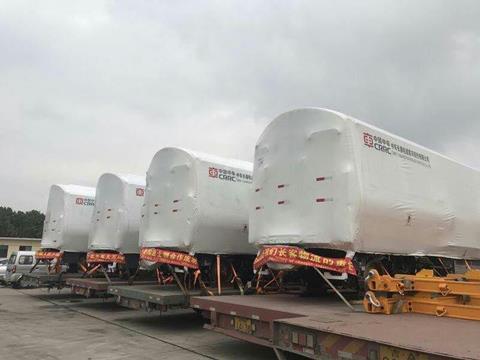 USA: The first four CRRC metro cars for Boston’s Orange Line are on their way to the USA from the company’s factory in Changchun, having arrived at the port of Shanghai on November 14.

The first 12 cars are being assembled in China, with the remainder to come from the plant that CRRC MA has built in Springfield. The $95m plant and test track, officially opened on October 12, has been built to fulfil a contractual requirement for 60% domestic content in the metro cars. Full production at Springfield is planned to begin early next year.