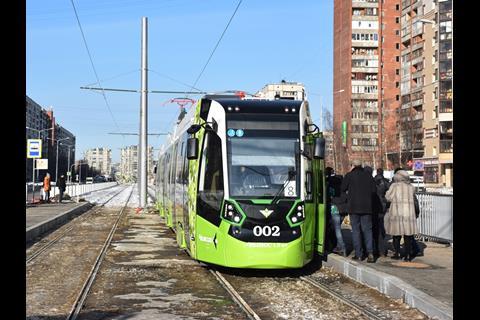 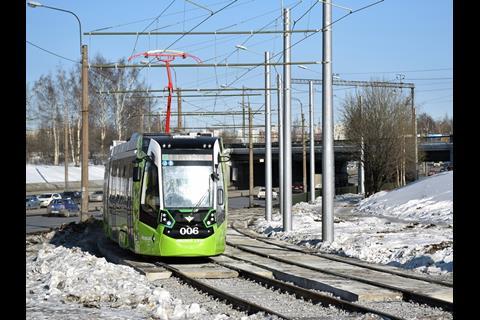 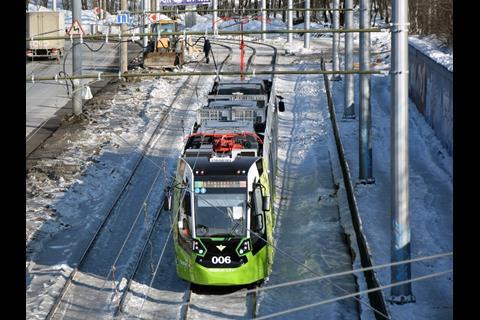 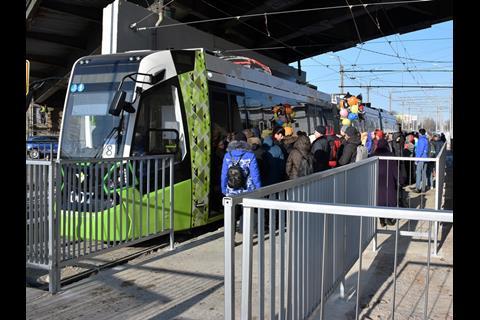 RUSSIA: Passenger services on the initial phase of the fast tram route in St Petersburg began at 07.00 on March 7, making it the city’s first to be operated by a private operator. Travel is free until the end of the month.

The 4·2 km section of the planned 14 km network serves seven stops in the Krasnogvardeisky district in the east of the city. The end-to-end journey time on Route 8 between Ladozhskaya metro station and Khasanskaya Ulitsa is 12 min.

Services currently use a temporary single-track terminus at Ladozhskaya. This is due to be replaced with a double-track terminus 100 m closer to the metro station entrance, with covered platforms.

Services are worked with nine Metelitsa trams branded Chizhik by the operator. Stadler is supplying 23 bidirectional trams from its Minsk factory under a contract awarded in 2016 that includes maintenance during the five-year warranty period.

The three-section 100% low-floor trams are 33·5 m long and 2 500 mm wide with 66 seats and capacity for 256 standing passengers at 5/m2 or 370 at crush load conditions (8/m2). The vehicles have a maximum speed of 75 km/h and are stabled at a temporary maintenance depot at Khasanskaya Ulitsa.

The Transportnaya Koncessionnaya Kompanya consortium of Lider Group and LSR Group is developing the fast tram project under a 30-year build-operate-transfer PPP concession signed in 2016. The first section was originally planned to open in September 2017, but was postponed mainly because of delays in land acquisition.

The next 1·6 km phase is due to open in mid-2018. The eventual network would have four routes, with trams running every 140 sec at peak times and 200 sec off-peak.