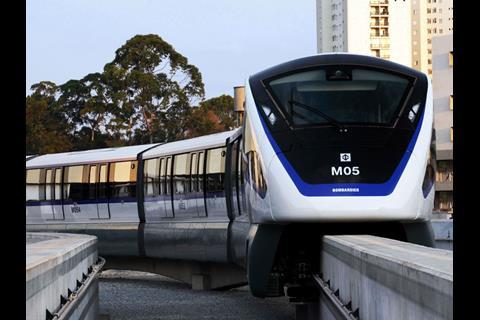 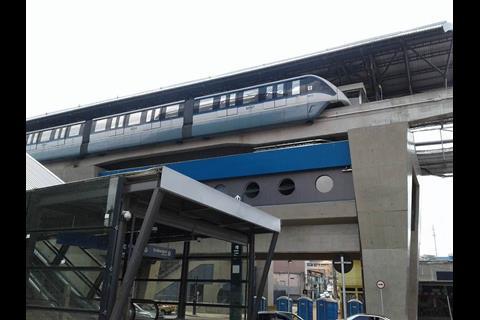 The extension from Oratório to Vila União is initially operating on weekdays between 10.00 and 15.00.

Due to be completed in 2021, Line 15 would run for 26·6 km between Ipiranga and Hospital Cidade Tiradentes, serving 18 stations. The next section, from Vila União to São Mateus, is due to open in June this year.

Bombardier has supplied a fleet of 54 seven-car trainsets with capacity for 1 000 passengers, as well as Cityflo 650 signalling.

On April 5 a one-station extension of metro Line 5 opened from Eucaliptos to Moema. This came one day after Oscar Freire station opened on Line 4 between Fradique Coutinho and Consolação.