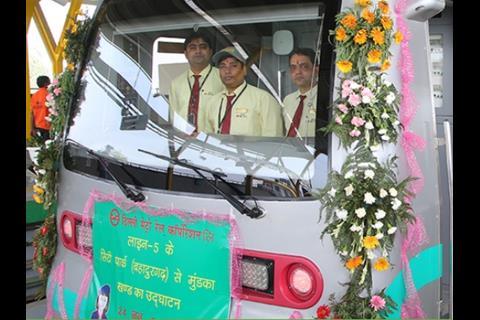 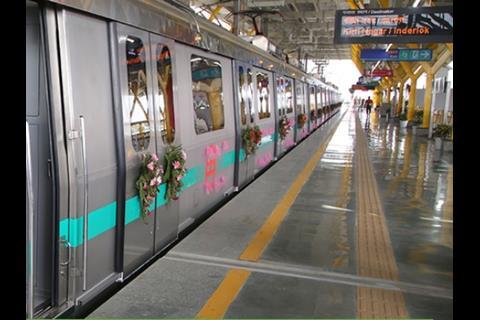 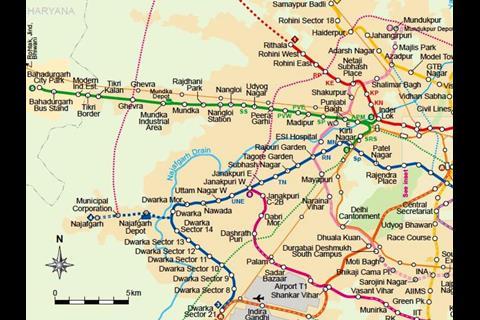 ‘We have seen how the metro in Delhi has positively impacted the lives of citizens’, said Prime Minister Narendra Modi in a video address, adding that the extension would act as a ‘gateway’ to the expanding suburbs in the wider National Capital Region and encourage economic development.

Built at a cost of Rs20bn, the extension runs entirely on viaduct, adding seven stations to the Green Line. Added to the existing section from Mundka to Inderlok and Kirti Nagar, it brings the total length of the 1 435 mm gauge line to 26·6 km. Four of the new stations are within Delhi’s National Capital Territory and three in Haryana. Line 5 is the third metro line to cross the Delhi-Haryana boundary, following Line 2 to Gurgaon and Line 6 to Faridabad.

Opening of the extension brings the operational length of the Delhi Metro network to 288 km with 208 stations.

Lines 5 and 6 are operated using Bombardier Movia metro trainsets; an additional 27 six-car trains were ordered from the company’s Savli plant in 2015 to work the extensions of both lines, lifting the combined fleet to 776 vehicles.