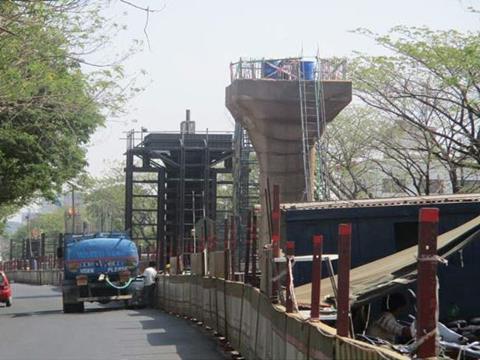 INDIA: Plans for the second phase of the Nagpur metro network were formally adopted by the Maharashtra state government on January 8, and the Detailed Project Report submitted to the national government for endorsement.

Expected to take four years to build, Phase 2 would add a further 48·3 km of elevated route and 35 stations to the initial lines being delivered by Maharashtra Metro Rail Corp. According to the Chief Minister Devendra Fadnavis, the state has also approved a Rs112bn funding package for the second phase.

Phase 2 would see five new sections added to the network. The existing north-south line would be extended north by 13 km from Automotive Square to Kanhan, adding 12 stations, and south for 18·5 km from Mihan to the Butibori industrial estate with 10 stations. The east-west line would be extended east by 3·5 km from Prajapati Nagar to Transport Nagar in the Mahalgaon district, adding three stations. In the west, the line would continue for 6·7 km from Lokmanya Nagar to Hingya, with seven stations, while a 4·5 km branch would diverge northwards from Vasudev Nagar to Datta Wadi, serving three stations.