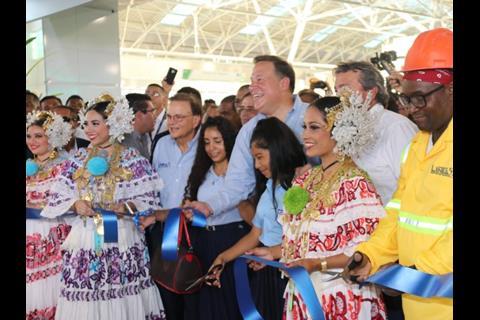 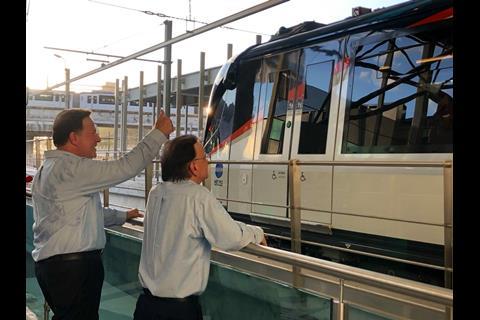 PANAMA: The second line of the Panamá City metro opened for revenue service on April 25.

Line 2 runs on an entirely elevated alignment east from an interchange with Line 1 at San Miguelito to Nuevo Tocumen via San Antonio and Hospital del Este. The 21 km route serves 16 stations with an end-to-end journey time of 35 min, compared with the 90 min that the journey previously took by road.

A groundbreaking ceremony in October 2015 marked the start of work, which was undertaken by the Línea 2 consortium of Odebrecht (60%) and FCC (40%).

E&M work was undertaken by the Grupo de Empresas consortium of Alstom, Thales, Sofratesa, CIM and TSO. Consortium leader Alstom has supplied a fleet of 21 five-car Metropolis trainsets from its Santa Perpètua de Mogoda factory near Barcelona. These are stabled at a depot in Nuevo Tocumen accessed by a 1·2 km spur from the running line. CIM subsidiary Mechan has supplied 20 lifting jacks, four turntables and 40 vehicle stands for the depot.

A southwestern extension of Line 2 to Parque Urracá is planned. This would add 11 stations, including an interchange with Line 1 at Iglesia del Carmen.