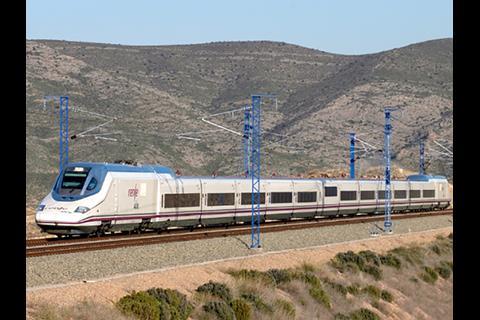 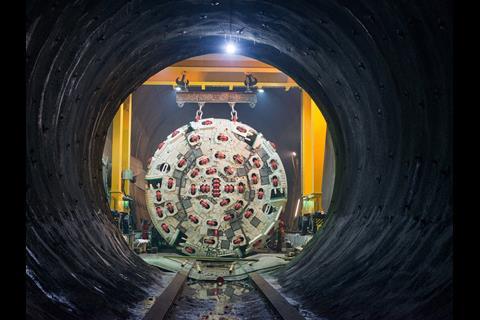 EUROPE: A lack of cross-border co-ordination between member states has reduced the effectiveness of European Union investment in high speed rail, according to a report published by the European Court of Auditors on June 26.

Suggesting that ‘there is no European high speed rail network’, the report concludes that there is only ‘an ineffective patchwork of national lines … planned and built by member states in isolation’. Oskar Herics, who led the team of 10 people that prepared the report, said ‘high speed lines crossing borders do not rank among national priorities for construction and the Commission has no power to enforce them. This means the added value of EU co-funding is low.’

The report describes high speed rail as ‘a comfortable, safe, flexible and environmentally sustainable mode of transport’ that ‘brings environmental performance and socio-economic benefits which can support the EU’s transport and cohesion policy objectives’. The number of passengers using high speed rail in Europe has grown steadily, from roughly 15 billion passenger-km in 1990 to more than 124 billion in 2016. In 2015, ‘high speed services accounted for more than a quarter of all rail passenger travel in the member states where high speed services are available’.

The ECA ‘performance audit’ sought to examine long-term strategic planning, cost-efficiency in terms of construction costs, delays and cost over-runs, and ‘the sustainability and EU added value of EU co-funding’. Since 2000, the EU ‘has provided €23·7bn of co-funding to support investment in high speed rail lines’, of which almost half has gone to Spain. However, the auditors express concern that ‘there is a high risk of ineffective spending’, and warn that the EU’s target of tripling the length of high speed line by 2030 ‘will not be reached’.

The report’s conclusions are based on visits to six member states and an analysis of ‘expenditure for more than 5 000 km of infrastructure on 10 high speed lines and four border crossings (below), covering around 50% of the high speed lines in Europe’.

However, the choice of routes must be considered questionable, as some are still under construction and others are not being developed primarily for high speed passenger services. For example, the list includes München – Verona via the Brenner Base Tunnel and upgraded approach routes in Germany and Italy. While this project may indeed reduce journey times for passenger services, its primary justification is to enable freight to be switched to rail rather than transiting Austria in lorries on the Brenner motorway.

Another of the lines analysed is ‘Stuttgart – München’, where the report cites a journey time saving of 36 min and ascribes a cost per minute saved of €368·69m. However, the quoted price of €13 273m appears to include the entire cost of the Stuttgart 21 project, which is as much about improving the local and regional network and providing better rail access to Stuttgart airport and trade fair as it is about cutting long-distance journey times. Other discrepancies suggesting a lack of basic research include a quoted 550 km between Tokyo and Osaka, which is the ‘tariff-km’ figure, the true distance being 515 km.

Perhaps reflecting the selected sample, the auditors reach a sweeping conclusion that ‘cost over-runs and delays were the norm instead of the exception’. However, they note that this has not affected the EU budget, as co-financing is capped and any over-runs are borne by national budgets. The projects analysed in the report ‘cost €25m per km’, with four of the 10 high speed lines costing ‘more than €100m per minute of saved travel time’.

Noting that there is a trade-off between more station stops to improve catchment against end-to-end journey times, the auditors argue that trains run ‘on very high speed lines at far lower average speeds than the lines are designed to handle’. However, the criterion of ‘real speed slowest train to maximum design speed’ used to reach this conclusion is dubious as there may be some, possibly many, other trains running at higher average speeds on all or part of the route.

Suggesting that this speed differential ‘raises questions as to sound financial management’, the auditors argue that ‘the alternative solution of upgrading existing conventional lines could save billions of euros’, although it is not clear whether they have considered the disruption experienced on busy routes where such a policy has been adopted.

‘A high speed line should ideally carry nine million passengers per year to be successful’, the auditors believe, adding that on three of seven completed lines in the audit ‘the number of passengers was far lower’. They estimated that nine of the 14 routes audited ‘did not have a sufficiently high number of potential passengers in their catchment areas to be successful’.

One of the routes is Perpignan – Figueres. That the authors have analysed the potential traffic of this line based on the catchment area of the stations at Perpignan and Figueres Vilafant rather than including Toulouse and Barcelona, for example, will surely raise a few eyebrows.

To gain an ‘insight’ into how high speed rail benefits EU citizens, the auditors ‘analysed and compared door-to-door travel times, prices and number of connections’ for high speed and conventional rail, air and road transport, concluding that ‘total travel time and price level are both important factors for success’. However, ‘intermodal competition is fierce’, and the auditors note that ‘high speed rail does not compete on an equal basis with other transport modes’. In particular, they note that, despite repeated commitments, ‘there is currently no charging system in the EU that looks at both user-pays and polluter-pays principles across the various transport modes, so as to enhance the competitiveness of rail’.

The report concludes that ‘the decision to build high speed lines is often based on political considerations, and cost-benefit analyses are not generally used to support cost-efficient decision-making’.

The auditors make several recommendations to the European Commission that include the need for ‘realistic long-term planning’ and agreement with member states on which lines to build first, plus ‘close monitoring and enforceable powers to ensure that commitments to complete the core EU high speed rail network are respected’. Citing operations in Italy and Austria, the report calls for ‘effective on-track competition’. Simpler cross-border tendering procedures are needed, and ‘all remaining administrative and regulatory barriers to interoperability’ should be lifted. Finally, the report suggests that there is a need to ‘improve seamless high speed rail operations for passengers by, for example, e-ticketing and simplification of track access charges’.

Broadly accepting the auditors’ recommendations, the Commission said it ‘remains committed’ to the strategy outlined in the 2011 White Paper on Transport ‘and continues to put forward and implement the actions necessary to fulfill the objectives set out in the document’ The Commission ‘will continue to work with the member states to make sure that the core network is realised by 2030’, and plans to ‘ensure a sound evaluation’ of the high speed network’ in its forthcoming review of the TEN-T programme. It says this review will also cover ‘aspects such as the socio-economic viability of connections or the interrelation between infrastructure and service provision through an increasing focus on service-related KPIs’.