Opportunities amid uncertainty in the UK rail market 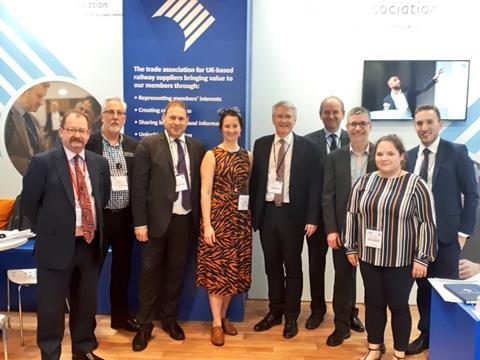 UK: Railway Industry Association Chief Executive Darren Caplan sees good opportunities for UK firms in both the home and export markets, despite a period of uncertainty.

Speaking to Railway Gazette at the Railtex exhibition in Birmingham on May 15, Caplan stressed that the record £48bn settlement for Network Rail’s Control Period 6 is part of a positive trend in the industry, alongside the large number of projects coming up. These include Crossrail 2, the trans-Pennine route upgrade, East-West Rail, London Underground and Northern Powerhouse Rail.

However, there is much uncertainty affecting the sector, according to Caplan. Part of this has been caused by the drawn-out Brexit negotiations, with a lack of clarity about enhancement projects also playing a role.