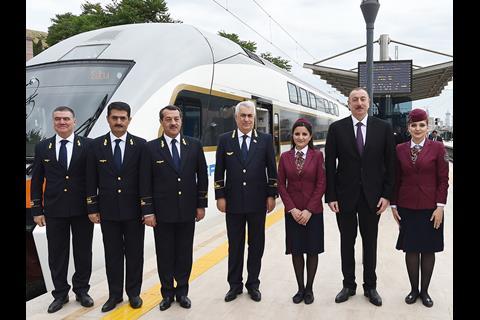 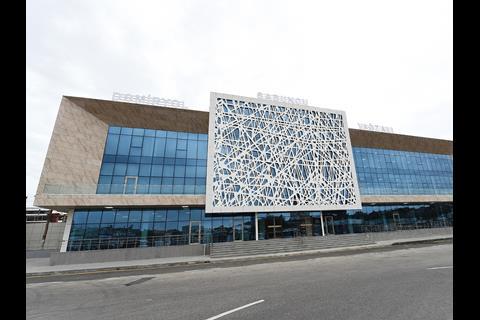 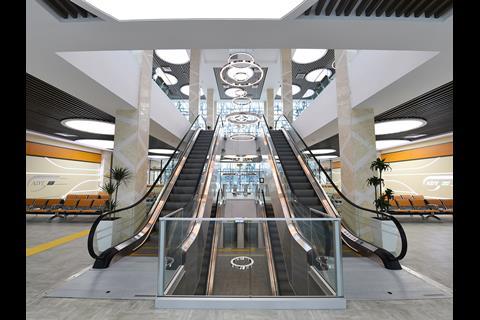 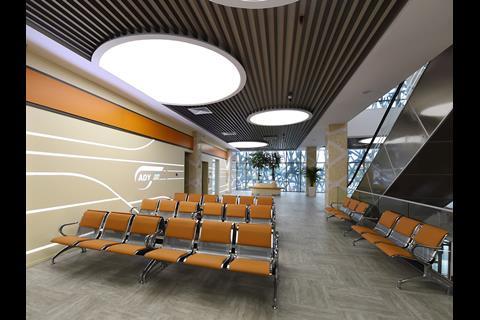 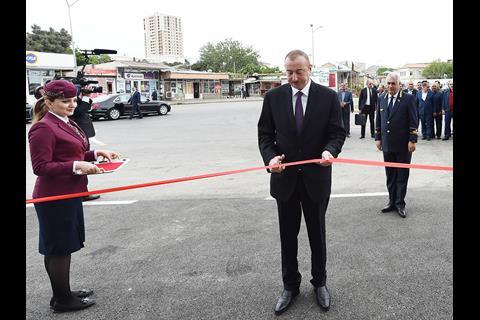 AZERBAIJAN: The first phase of a planned circular suburban railway serving Baku and the Abşeron Peninsula was inaugurated by President Ilham Aliyev on May 21.

The first phase uses 13·5 km of modernised route eastwards from Baku’s main station to a new hub at Sabunçu, with three intermediate stations. Sabunçu station includes commercial space which is available for lease. There is an initial service of seven trains each way per day, taking around 15 min end-to-end. The flat fare is 0·5 manat.

Work is underway to extend the services by 3 km to serve a planned intermodal hub at Zabrat.

The suburban rail project was announced in January 2018 with a budget of 100m manat. It includes upgrading the existing railway between Baku and Sumqayıt via Biläcarı, bringing back into use a disused route connecting the two cities via Sabunçu and Pirşağı, and integrating branches to Dübandi and Maştağa. The full route would have 23 stations. A branch serving Heydar Aliyev International Airport could be built in the longer term.

Electric commuter services on the Baku – Sabunçu route were first launched on July 6 1926.