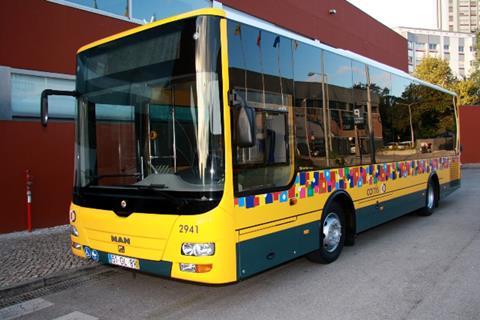 PORTUGAL: Volkswagen is to test bus operation optimisation with the aid of quantum computing during the WebSummit conference taking place in Lisbon on November 4-8.

Nine buses manufactured by MAN and operated by Carris will be equipped with a traffic management system that Volkswagen has developed in co-operation with quantum computing company D-Wave. This would calculate the fastest route for each buses to optimise fleet utilisation and improve traffic flow.

‘Smart traffic management based on the performance capabilities of a quantum computer can provide effective support for cities and commuters’, said Volkswagen Group CIO Martin Hofmann.

Volkswagen plans develop the passenger prediction component further, with the aim of creating temporary bus routes during crowded times such as large events. The company says that it is considering pilot projects for other European cities, and could work with taxi companies and commercial fleet operators as well as public transport operators.