Driverless shuttle on test in London 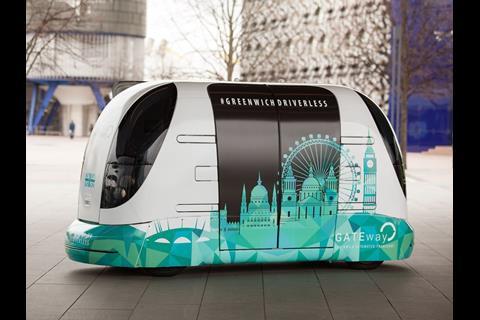 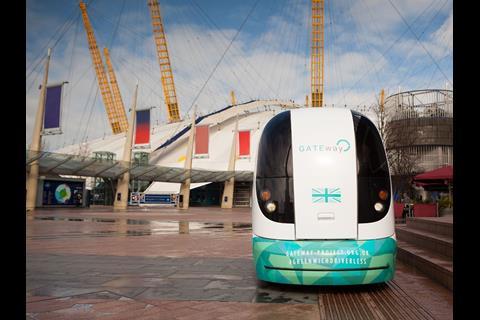 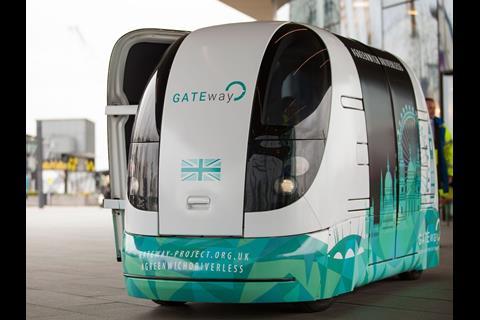 UK: Passenger-carrying trials of a driverless electric shuttle prototype began on April 5 on a 2 km route on the Greenwich Peninsula in southeast London. The focus is not the technology, but on how it functions alongside people in a natural environment. The initial trial will explore passengers’ attitude towards driverless vehicles and barriers to acceptance.

The tests form part of the Greenwich Automated Transport Environment research project, which aims to demonstrate the use of automated vehicles for ‘last mile’ mobility. The £8m project is led by Transport Research Laboratory and uses a shuttle modelled on the Ultra ‘pods’ that carry passengers between the car park and one of the terminal buildings at Heathrow Airport.

Onboard sensors including cameras and 3D laser rangefinders work with Selenium control and fleet management software developed by Oxbotica. A steward will be present onboard at all times during the tests. Westfield Sportscars is supplying the vehicle and acting as systems integrator, and Heathrow Enterprises is responsible for vehicle software engineering.

The Royal Borough of Greenwich is the local authority and smart city partner, and DG Cities is taking care of local stakeholder engagement. It is also examining the interdependencies between connected and autonomous vehicles, the design of the built environment and smart mobility services. The University of Greenwich, Imperial College and Royal College of Art are also taking part.

Industry partners include RSA Group, Shell and Telefónica, which are looking into how autonomous vehicles will affect the insurance, petroleum and telecoms markets, respectively.

The GATEway project is undertaking several other trials, including automated urban deliveries, remote teleoperation demonstrations, the interaction of automated vehicle systems with people who have additional travel needs, and simulator tests to see how car drivers respond and adapt their behaviour to the presence of automated vehicles.

GATEway is one of three projects taking place under Innovate UK’s ‘Introducing driverless cars to UK roads’ programme, alongside UK Autodrive in Coventry and Milton Keynes, and Venturer in Bristol.