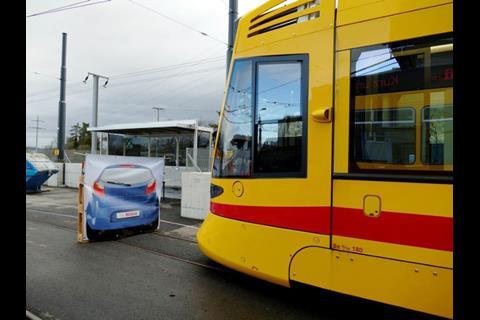 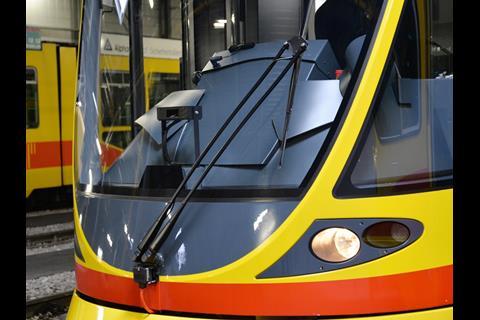 SWITZERLAND: Baselland Transport is testing a collision warning system on a light rail vehicle. If it proves successful, the operator intends to equip its entire fleet of Tango LRVs.

BLT is working with rolling stock supplier Stadler and Bosch Rail Transport, which has supplied its Tram Forward Collision Warning System. Developed from similar driver assistance technology in the automotive industry, this uses a video camera and radar sensor to detect obstacles in front of the tram and warns the driver in the event of a collision risk.

It scans 160 m ahead of the tram, measuring the position and speed of nearby vehicles, as well as stationary obstacles. The video camera is used to distinguish objects from people, and scans the track nearer the tram. A control unit brings together radar and camera data, together with data about the tram such as its speed.

Initially the system will issue an audio-visual warning to the driver in case of the threat of a collision. In the next stage of testing, automatic braking can be applied if the driver does not react or reacts too slowly, although the option of manual intervention will remain.