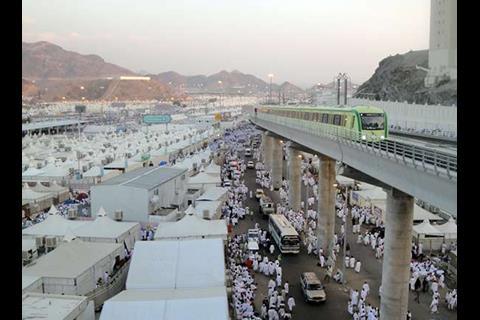 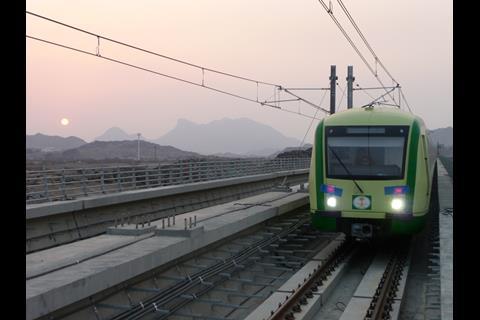 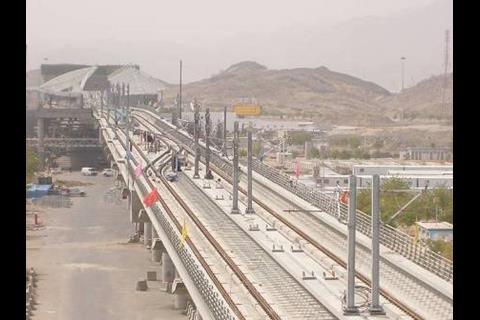 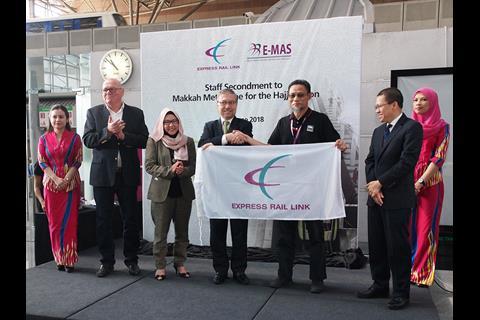 SAUDI ARABIA: Work is underway to prepare the Al Mashaaer Al Mugaddassah Metro in Makkah for its seven-day annual operating season during the Hajj pilgrimage, which this year falls on August 19-24.

The journey between the holy sites in Arafat and Mina can take up to 8 h by car or bus on the very congested and polluted roads, but the 18 km metro can transport 72 000 passengers/direction/h safely and more comfortably in less than 1 h, moving more than half a million pilgrims in 8 h.

‘This intense demand for mass transportation does not exist in any other parts of the world’, according to Noormah Mohd Noor, Chief Executive of Kuala Lumpur airport shuttle operator Express Rail Link which is seconding operating staff to run the metro. ‘Every single pilgrim must be transported and vacated from Arafat within six to eight hours’.

With the metro only running for a short period each year, operations are contracted out by the Saudi government. China Railway Construction Corp ran the line for the first five seasons after it opened in November 2010, carrying a total of 15 million pilgrims. The contract for the 2015-17 seasons was awarded to Malaysian public transport operator Prasarana, and the current contract is once again held by CRCC.

More than 5 000 staff are needed during the annual two month period of inspections, test running, passenger operations and demobilisation. One requirement is that anyone entering the city of Makkah must be a Muslim.

Express Rail Link and its subsidiary ERL Maintenance Support have been providing experienced railway staff to the operating contractors since 2012. This year ERL has seconded 33 people for roles including station management.

Speaking at an event to mark the departure of this year’s staff for Saudi Arabia, Noormah said the employees would gain ‘valuable exposure to crowd control, station management and train operations on a massive scale’. They would also develop interpersonal and management skills as they work with operational staff of various nationalities.