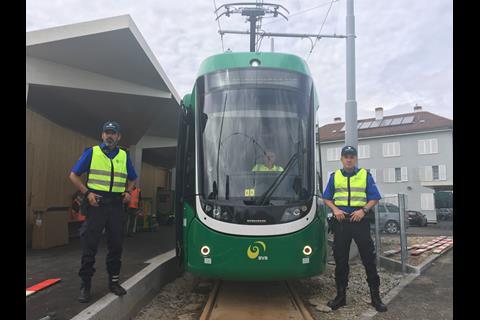 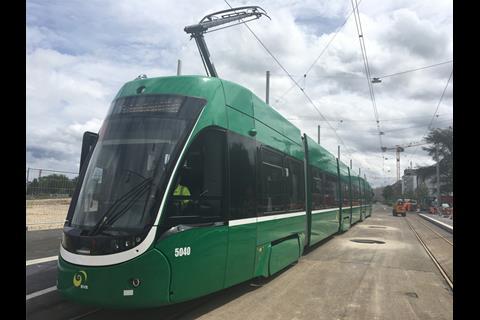 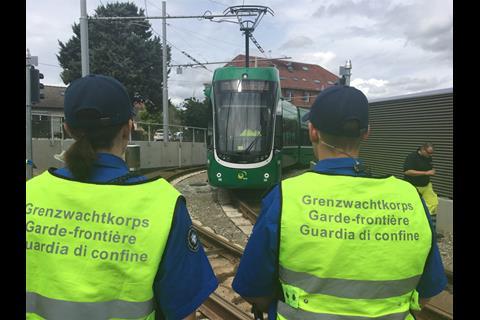 SWITZERLAND: Basel tram operator BVB opened the first phase of an extension into France on July 31. The 500 m extension of Route 3 from its previous northwestern terminus of Burgfelden Grenze to Burgfelderhof brings it to the border.

Burgfelden Grenze stop closed on July 14, with buses replacing trams to the terminus until the new section opened. There is an intermediate stop at Waldinghoferstrasse.

The cost of the first phase of the extension was SFr35m, including a new turning loop. Because this is partly on the French side of the border, trams are not permitted to carry passengers while travelling around it.

The full 3 km long extension with four stops to Saint-Louis station in France is due to open on December 9. Test running started on August 2 and driver training is due to begin in September.

The remaining section cost SFr54m, and the entire extension project, including the construction of park-and-ride facilities, is SFr87m.

Once the extension to Saint-Louis is open, every second tram will continue into France, giving the Burgfelderhof – Saint-Louis section a 15 min frequency.

Route 3 will become BVB’s second cross-border tram route, following the opening of a Route 8 extension into Germany in December 2014. Route 10, operated by Baselland Transport, already crosses into France, where it serves one stop before crossing back into Switzerland.