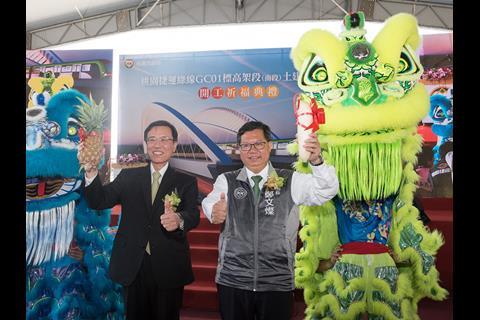 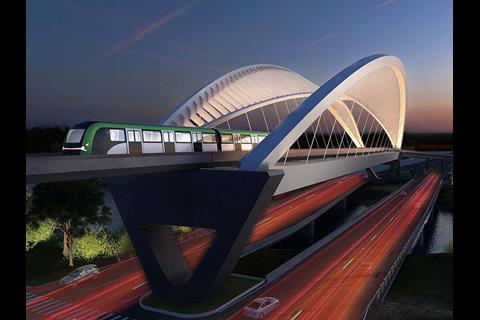 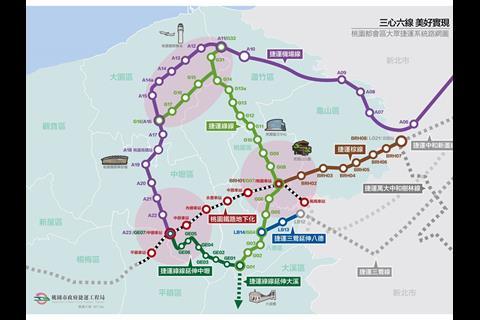 TAIWAN: Construction of Taoyuan Metro’s Green Line was officially launched with a groundbreaking ceremony for a 9·8 km elevated section of the route in the Bade district on October 15.

Mayor Cheng Wen-Tsan said the line would be the first route to be developed by the city’s municipal government, after 10 years of planning.

The 27·8 km Green Line with 21 stations will start in the Bade district and serve destinations including the Aerotropolis development and the international airport, with 12·5 km of the alignment underground and 15·3 km elevated. Opening is scheduled for 2025.

Extensions to Daxi and Chungli are planned.

The line is to be built under a turnkey contract which the city government has awarded to a consortium of local construction company BES Engineering, Hyundai Rotem which will supply 40 two-car trainsets, and Siemens which will provide the electrical and mechanical systems including Trainsguard MT CBTC to support unattended operation with 90 sec headways.