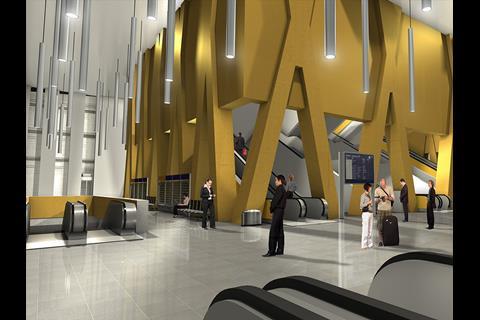 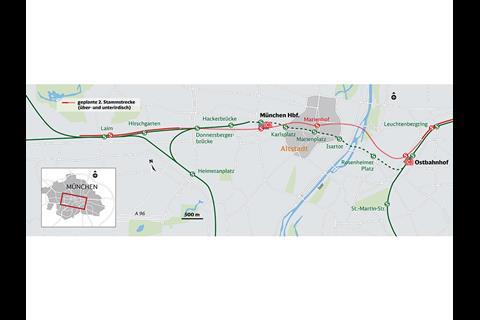 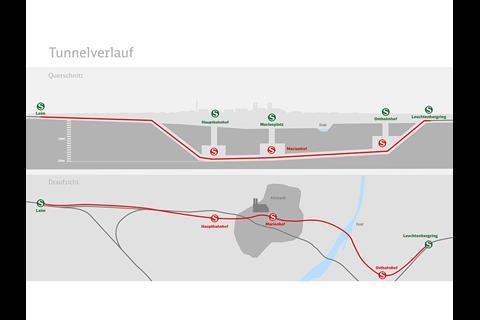 The 11 km route including a 7 km tunnel under the city centre is scheduled to open in 2026, relieving pressure on the existing S-Bahn tunnel where trains operate at 2 min headways at peak times.

The Tunnel West and Hauptbahnhof contracts with a total value of €676m have been awarded to a consortium of Wayss & Freytag Ingenieurbau, Max Bögl Stiftung, Ed Züblin and Bauer Spezialtiefbau. These contracts cover the construction of the Donnersberger Brücke – Marienhof section of the tunnel, and the new underground S-Bahn platforms at the city’s main station.

In November the consortium had been awarded the €189m Overground West package, covering the surface section of the route between Laim and Donnersberger Brücke.

A 50:50 joint venture of Implenia and Hochtief has been awarded the €394m contract to build Marienhof S-Bahn station, close to the city hall. The 210 m long platforms will be a depth of 40 m so that the new line can pass below the existing tunnels for metro lines U3 and U6. Construction is scheduled to commence in mid-2019, with an open pit being excavated and then a concrete cover installed while work continues beneath.