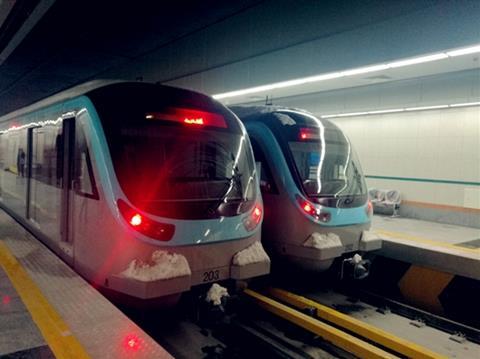 IRAN: CRRC Changchun is to supply 20 five-car trainsets for the second phase of Mashhad metro Line 2, which is due to open in May.

The first three sets will be manufactured in China, with the remainder being made in Iran by a joint venture that CRRC Changchun formed with a local supplier in 2016.

The first 8 km phase of Line 2 opened on February 20 and uses three-car trainsets supplied by CRRC Changchun. The second phase will add 6·5 km.

Iran plans to open 30 metro lines in nine cities over the next five years, with a combined length of 350 route-km. These plans would require around 2 000 metro cars.