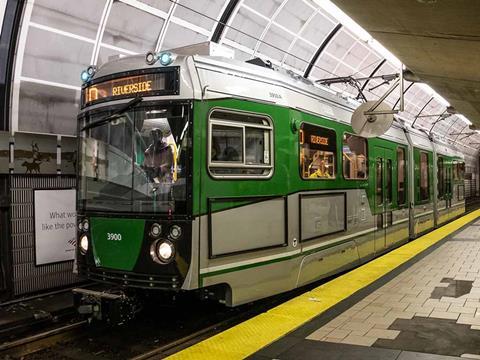 The 70% low-floor LRVs, designated Type 9 by MBTA, were ordered under a $118m contract signed in 2014. CAF has produced the bodyshells in Spain, with final assembly and testing at its plant in Elmira, New York, to comply with Buy America regulations.

All 24 LRVs are scheduled to be in service by late 2019. With a passenger capacity 10% greater than the LRVs currently in service on the Green Line, the new vehicles are expected to increase overall capacity on the route. They are also needed for the extension to Union Square and College Avenue. A groundbreaking ceremony for the extension took place in June 2018, and opening is planned for late 2021.