Lionet tram on test in Perm 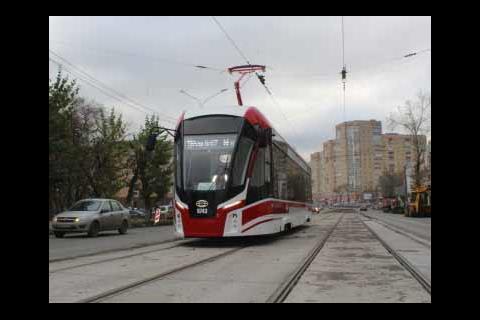 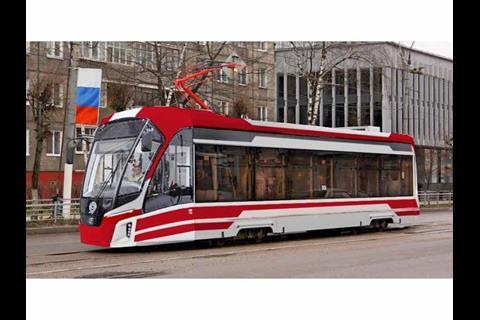 RUSSIA: A PK Transportnye Systemy Lionet tram has started a period of passenger-carrying tests on a part of Route 11 in Perm.

The single-section Lionet was displayed at the InnoTrans 2018 trade fair in Berlin during September.

The municipality plans to renew its fleet by 2023, and the Lionet is considered a possible candidate. On July 18 Perm municipality and PK TS signed a co-operation agreement for testing in the city. The municipality is also planning infrastructure upgrades. The track on most of the network is to be rebuilt to allow higher speeds and reduce noise, and work on a 500 m section was completed last month.

Dortekhinzhiniring has won a 651m rouble contract to build a 1·1 km tram extension by December 2019, funded by the city and regional governments. A further 1·5 km extension is to be built after 2020.