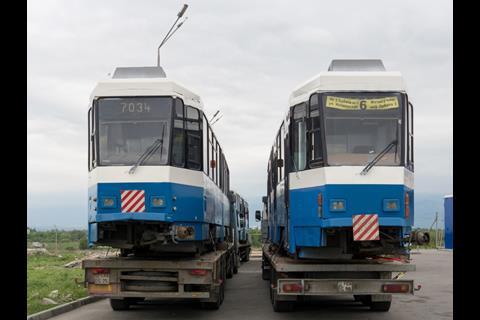 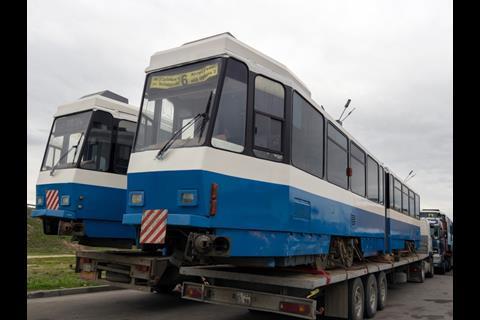 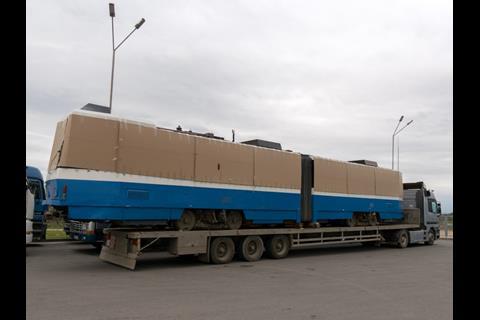 KAZAKHSTAN: The first five of 13 used KT4Dt trams bought from Almaty for 118·5m tenge have arrived in Oskemen.

The trams were built in 1983-85 and originally operated in Berlin, before being acquired by Almaty in 2013. They have been out of use since that city’s tram network closed at the end of 2015.

The ex-Almaty trams have been for use in Oskemen. It is estimated that the cost of transporting all 13 trams will cost 40m to 50m tenge.

Tram operations in Oskemen were suspended in March due to bankruptcy of former operator Takhami Put. On March 20 the entire enterprise was sold at auction for 444m tenge to regional administration owned Eptic.

Services are expected to restart with the ex-Almaty trams repainted with a new livery. The older vehicles which were in use before the suspension of services are likely to be withdrawn.