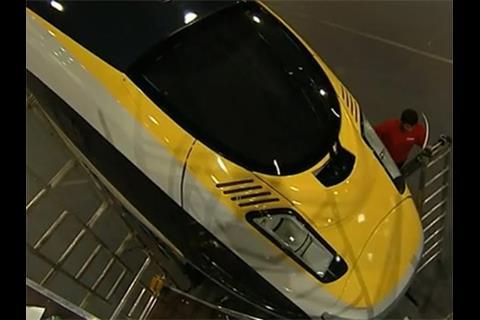 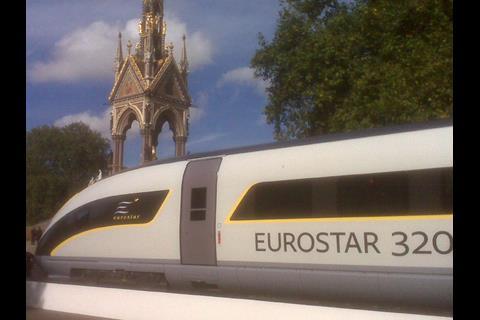 EUROPE: Cross-Channel high speed train operator Eurostar announced details on October 7 of a £700m investment programme to expand the business and 'compete in an open access market' across Europe. The first major development since the former joint venture operator became an incorporated stand-alone company on September 1 includes an order for 10 additional trainsets , and a 'complete redesign' of the existing fleet.

Following a market testing exercise, Siemens has been chosen to supply 10 trainsets from the Velaro family to a 'bespoke specification'. Designated e320, these will seat more than 900 passengers, compared to 750 in the current trainset, and will meet interoperability requirements to 'provide direct services between London and a range of city centre destinations throughout Europe.'

Construction of the new trains is expected to start in 2012, with the first entering service in 2014. At present the company insistst that it has not made any firm decisions about where the new trains would be deployed, but it is looking at destinations up to 5 h from London, including the Netherlands, Germany, Switzerland and the south of France.

Eurostar says the top speed of 320 km/h could allow London - Paris journeys to be reduced to just over 2 h, London - Amsterdam to under 4 h and London - Genève to around 5 h.

Between 2011 and 2014, Eurostar's existing fleet of 28 trainsets will be completely refurbished at SNCF's Helemmes workshop near Lille. They will have a new interior designed by Pininfarina, and the same design concept will be applied to the e320 sets. All trains will have 'the most advanced wi-fi and on-board infotainment on any train in Europe', including real-time travel information, video-on-demand, music and news feeds.

Total cost of the programme, including the new trains and refurbishment work, is put at £700m. This is to be funded through a combination of internal resources and debt finance, with details of the financial package to be confirmed shortly.

'Over the last 16 years Eurostar has revolutionised travel between the London, Paris and Brussels but our sights are now set on expanding our business across Europe', said Eurostar CEO Nicolas Petrovic.

'The transformation of Eurostar into a stand-alone business and the major capital investment announced today is a mark of our growth ambitions for the future. The combination of our new state-of-the-art trains and our refurbished fleet will assure our position as the leading rail operator between the UK and the continent and make us the obvious choice for short-haul European travel.'