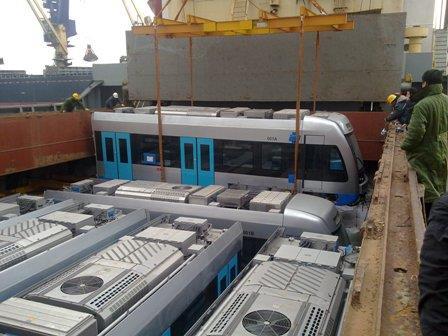 IRAN: CNR Changchun Railway Vehicles announced in mid-November that it had shipped three light rail vehicles from Dalian to Mashhad in Iran. They are due to arrive at the port of Bandar Abbas on December 20.

Mashhad Urban Railway Corp signed a contract with CNR in February 2007 to supply 60 three-module LRVs to work the 19 km light metro line being built in the city.

The remaining vehicles will be shipped at a rate of six per month; deliveries are due to be completed in October 2011.