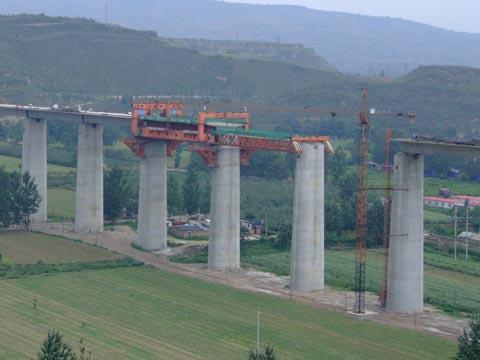 CHINA: The Ministry of Railways announced on February 15 that 850bn yuan will be invested in rail during 2011, including 700bn yuan for new construction, 126bn yuan for the purchase of rolling stock, and 24bn yuan for renovation and upgrading. This is up from 837bn yuan in 2010.

Yunnan province has allocated 1·24bn yuan to railway development in 2011, and expects to invest 20bn yuan on developing its railways by the end of the 12th five-year plan in 2015. This year's spending includes 790m yuan on the line linking Yunnan and Guizhou provinces, and 450m yuan on the Passenger-Dedicated Line from the provincial capital Kunming to Shanghai. The province spent a combined total of 70bn yuan on the two projects last year.

The southern province of Guangxi will begin construction of seven 200-250 km/h high speed routes by 2012, with the aim of bringing its capital Nanning within 3 h of Kunming, Guangzhou and Changsha.

The National Development & Reform Commission has approved the start of work this year on a Passenger-Dedicated Line from Beijing to Shenyang in the northeast province of Liaoning. This will almost halve the current 4 h journey time.