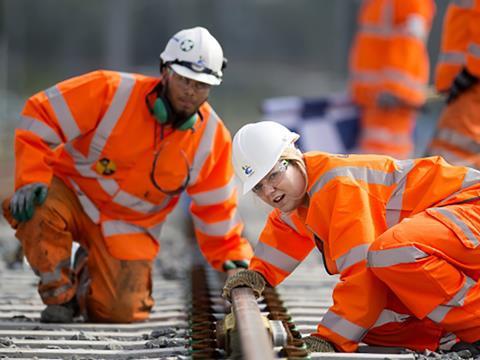 ‘This is a positive step for the industry, ensuring the delivery of a number of major rail projects across the country whilst safeguarding an expected 700 jobs and the wider supply chain’, said Network Rail Commercial Director Matthew Steele. ‘We do recognise that this has been a very unsettling period for the employees of Carillion and would like to thank them for the continued commitment to the delivery of these projects.’

Amey CEO Andy Milner said the company was ‘perfectly placed to become the new contractor for these projects’, which would mean its rail business would ‘grow significantly.’

Network Rail said it was continuing to work with the Official Receiver’s special manager PwC to seek long-term transition arrangements for the remaining contracts, which in the mean time would continue to be delivered under an arrangement with PwC. ‘We remain focused on the transfer of remaining projects and employees to new arrangements over the coming weeks and months’, said Steele.

RMT General Secretary Mick Cash said the trade union’s preferred option had been for the work to be taken in-house by Network Rail, but it recognised that the announcement should safeguard jobs and would now discuss details of continuity of employment and pensions with Amey.

Cash said RMT ‘remained concerned that some of Carillion’s rail infrastructure works may not be covered by this agreement’ and the union would continue discussions with Network Rail, Transport for London and PwC to secure future employment for all staff.