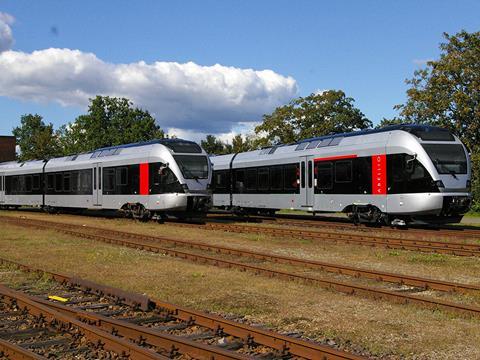 EUROPE: Beacon Rail Leasing announced on June 17 that it had completed the acquisition of Ascendos Rail Leasing, having received clearance from the German competition authorities.

The deal to buy Ascendos from Everest Babcock & Brown Opportunities Fund, BOSSAF Rail and the BBSFF EU Rail Lessor subsidiary of Singapore-listed Global Investments had been announced by Beacon on May 13. Committed debt financing has been provided by ING Bank and Deutsche Bank. Berwin Leighton Paisner and Lowenstein Sandler acted as legal counsel for Beacon and Pamplona, and Clifford Chance acted for the lenders.

The combined Beacon and Ascendos portfolio includes 225 locomotives and more than 1 000 wagons on lease in the UK, Scandinavia, Belgium, the Netherlands, Poland and Germany, 55 multiple-units in the UK and Germany, 13 sets of five coaches on order for TransPennine Express in the UK and 67 double-deck coaches in Denmark.

Since May 2014 Beacon has been owned by Pamplona Capital Management through Pamplona Capital Partners III, a 2011 vehicle with US$2·7bn of committed capital which acquired the business from the BTMU Capital Corp subsidiary of Mitsubishi UFJ Financial Group. Beacon has since expanded and diversified its fleet through portfolio acquisitions, new build orders and sale and leaseback transactions.

‘The closing on the acquisition of Ascendos marks the beginning of a new chapter for Beacon Rail’, said Beacon CEO Ted Gaffney. ‘We are committed to providing quality, state-of-the-art rolling stock to the UK and European freight and passenger markets and welcome the Ascendos employees to the Beacon family.’