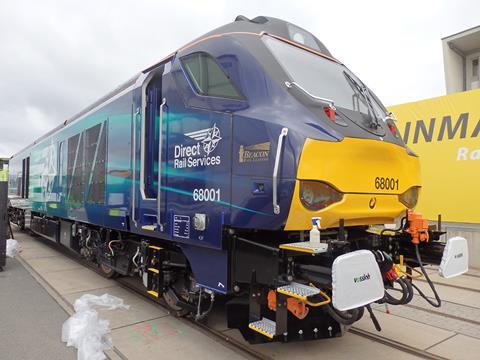 EUROPE: Beacon Rail Leasing announced on May 13 that it had entered into an agreement to acquire Ascendos Rail Leasing from Everest Babcock & Brown Opportunities Fund, BOSSAF Rail and the BBSFF EU Rail Lessor subsidiary of Singapore-listed Global Investments.

Completion of the deal is subject to customary conditions including German regulatory clearance, and is expected in Q2 2016. Debt financing for the transaction is being provided by ING Bank and Deutsche Bank’s London branch. Berwin Leighton Paisner and Lowenstein Sandler acted as legal counsel for Beacon and its parent Pamplona Capital Management, with Clifford Chance as legal counsel for the lenders.

Luxembourg-based Ascendos has offices in London and München. Its portfolio includes 35 locomotives and 100 wagons leased to operators in Belgium, the Netherlands and Germany, 35 passenger trainsets leased in Germany and 67 double-deck coaches leased in Denmark.

Beacon owns 190 locomotives, 944 wagons and 20 passenger trainsets in Europe. It was acquired by Pamplona Capital Management in May 2014, and says it has since been ‘an active acquirer of assets’ through acquisitions, new build orders and sale and leaseback deals.

‘The acquisition of Ascendos allows us to continue to build our portfolio of locomotives and is in line with our strategy and commitment to being a leader in this segment of the market’, said Beacon CEO Ted Gaffney. ‘Ascendos’ portfolio of rolling stock nicely complements our existing fleet of locomotives and allows us to expand our presence into the European passenger train market. Overall, we believe that the portfolio and staff of Ascendos is a great fit for Beacon and is additive to our existing platform.’