Cautious welcome for EU-Japan rail accord 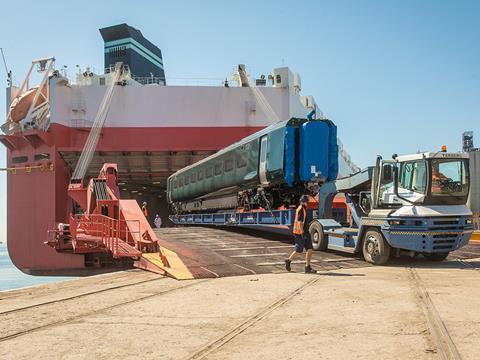 INTERNATIONAL: European railway suppliers’ association UNIFE has welcomed the political agreement between the European Commission and the Japanese government on EU-Japan free trade, announced during a visit to Brussels by Japanese Prime Minister Shinzo Abe on July 6. With the key points now agreed, the text is expected to be finalised over the next few months so that the free trade agreement can come into force in 2019.

An ‘exchange of letters’ between the two parties on rail issues is intended to anchor recent co-operation through the Railway Industrial Dialogue. UNIFE believes that it is ‘of utmost importance’ that Japan renews its commitment to continue the market-opening measures agreed in 2014, which it said had been helpful in starting to increase transparency in procurement and facilitate market penetration by international suppliers. However, the association has called on both parties to monitor their commitments to ensure a true level playing field in the rail market and to set up a strong enforcement mechanism.

UNIFE particularly welcomed the announcement that Japan's Operational Safety Clause is to be removed within ‘a reasonable transition’ period of not more than one year after the agreement enters into force. It has long regarded the OSC as a major non-tariff barrier impacting on the ability of European suppliers to compete in the Japanese market. The move will be mirrored by a further opening up of the European public procurement market.

The association remains concerned about the extent to which private or privatised Japanese rail and urban transport operators are covered by the public procurement chapter, noting that several Japanese operators have been ‘delisted’ from the WTO Agreement on Government Procurement. It is calling on entities not covered by the agreement to abide by codes of conduct to ensure transparent and non-discriminatory treatment.

UNIFE Director General Philippe Citroën said that ‘since the beginning of the EU-Japan Free Trade Agreement negotiations in 2013, the European rail supply industry had been striving, with the support of the European Commission, to achieve a level-playing field between access to the Japanese and European rail markets.’ Describing the agreement as ‘only a first step’, he called on both parties ‘to redouble their efforts to guarantee new and tangible market access opportunities’.