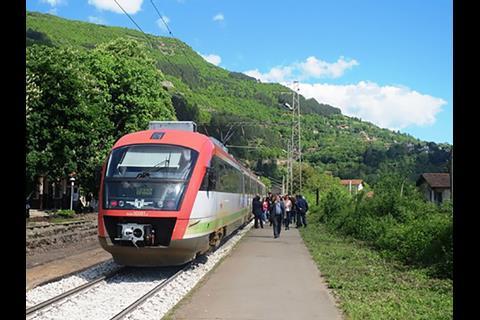 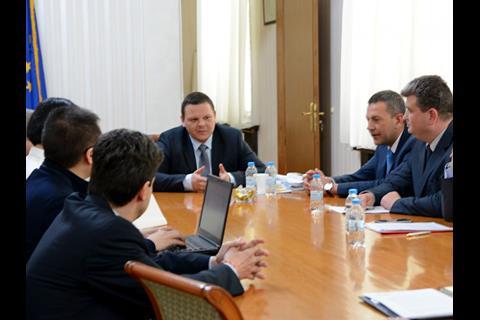 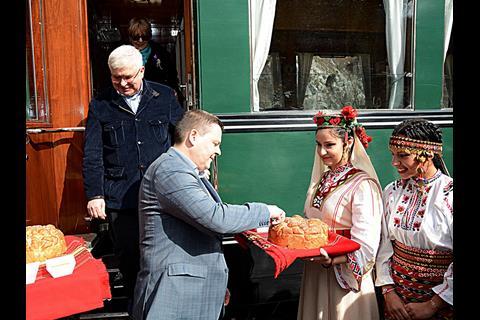 The March 9 announcement came after the ministry made a series of decisions and management changes intended to improve performance at BDZ and infrastructure manager NKZI.

There are three elements to the CRRC proposal:

The ministry is to establish a task force including representatives of BDZ Holding, CRRC and Chinese financial institutions to consider the proposals in more detail.

A previous plan for the government to sell a concession to manage Sofia airport and use the money to support BDZ has been dropped. Any money raised from the concession would now be used for general state purposes.

In February Alexiev said BDZ Holding was in a ‘critical condition’, with its passenger business unable to fulfil its commitments to the state and passengers; he said 1m leva had been spent on replacement bus services in 2016 because of a shortage of working locomotives.

Speaking at round-table event on February 24 to discuss the railway’s problems, the minister emphasised that rail formed ‘a crucial element of the national transport system’, adding that its development and integration into European networks would benefit the wider economy. He felt there was significant potential for developing the passenger business, but this would require modernisation of the infrastructure and improved management.

Alexiev had announced senior management changes on February 8, with BDZ Holding Chief Executive Vladimir Vladimirov replaced by Georgi Drumev and Krasimir Papukchiyski replacing Milcho Lambrev as Director General of NKZI. The BDZ Holding board has replaced Dimitar Kostadinov as General Manager of the passenger business and Lyubomir Iliev at the freight business, appointing Hristo Ivanov and Aleksandar Aleksandrov as their successors.

Alexiev has also announced his intention to cancel NKZI’s framework agreement for infrastructure renewals in favour of tendering individual projects. He believes this will drive an improvement in prices and quality.

A meeting was held with the Railway Administration Executive Agency and the Railway Accidents Investigation Unit in February to discuss an accident between Dylgopol and Komunari involving a private operator. Alexiev has ordered immediate inspections of all freight operators, including checks of staff working hours, and has instructed RAEA to develop a system for monitoring operators’ staff competences.