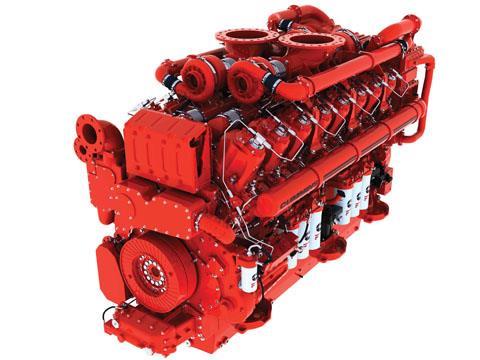 Prototypes of the QSK95, codenamed 'Hedgehog', will be available in 2013, with limited production starting in 2014 and full production from 2015.

Launching the engine at its Seymour, Indiana, plant, Cummins announced that Toronto commuter operator GO Transit will be the first QSK95 customer in North America, with an order for the repowering of 11 MotivePower MP40 locomotives.

'The arrival of the new QSK95 builds on the success of the QSK78 and QSK60 in the locomotive engine market,' said Kathryn Unger, General Manager, Worldwide Rail Business. 'Just as Cummins is a major presence in diesel multiple-unit railcars, switchers and track maintenance equipment, we expect to become a force in the larger locomotive engine business.