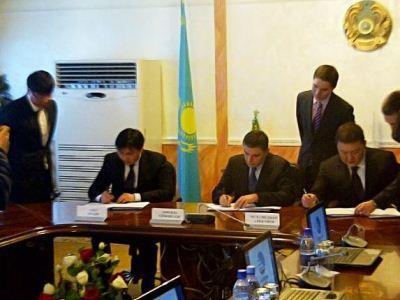 KAZAKHSTAN: On December 4 GE Transportation announced that it had signed an agreement with Transmashdiesel and the JSC Remlokomotive subsidiary of national railway KTZ to create a joint venture to produce diesel engines at a new plant in Astana. Subject to government and regulatory approval, the partners plan to invest US$90m in the facility which would cover some 9 000 m2.

Due to be operational by the end of 2014, the plant would produce around 400 Evolution Series engines a year for rail, marine and stationary power customers in the CIS region. KTZ subsidiary JSC Lokomotiv Kurastyru Zauyty already operates an assembly facility in Astana with the capacity to produce 100 Evolution Series locomotives a year.