'Passengers want to be able to download an app and travel' 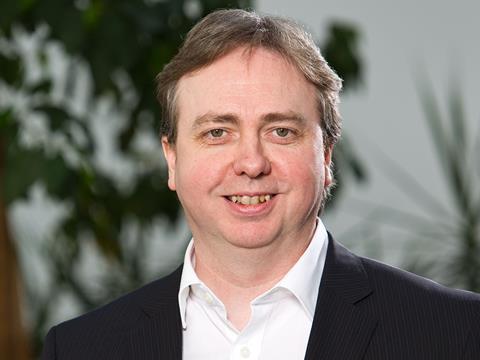 TICKETING: Rambus Ticketing Managing Director Russell McCullagh has worked in smart ticketing for more than 16 years, and said adoption in the UK has been a ‘sometimes frustrating and slow journey’. However, he has seen ‘great acceleration’ in the past two or three years, helped by the government’s will to facilitate roll out.

McCullagh is ‘very optimistic’ about smarter ticketing in the UK, and he worries that transport operators ‘don‘t publicise success as much as they might’. Nearly all train operators will have some form of smart ticketing in place by the end of the year, he said, and authorities including Transport for the North are committing to further expansion.

There is real demand for interoperability, according to McCullagh, including between rail and road modes,. ‘Passengers want to be able to download an app and travel’. Political will is ‘very important’ for achieving this, McCullagh said, suggesting that commitments should be written into franchise agreements with the Rail Delivery Group working to ensure a consistent approach.

Rambus is looking to use its work in the UK as a basis for expansion in international markets, where it is now submitting tenders. ‘Globally smart ticketing is complex’, says McCullagh, citing differing standards. However, the OSPT Alliance is helping bring the industry together with common standards which are ‘beginning to get traction’ in Europe and South America. The key lesson from the UK is that interoperability requires standardised ways of exchanging data, and McCullagh believes ticketing needs to take a similar approach to the banking sector, where credit cards use widely adopted standards.

There will always be need for various forms of ticket media, believes McCullagh. But passengers’ mobile devices are now ‘hugely important’, with smartphones allowing users to bring together in one place everything from planning to ticketing to topping-up payment accounts.

Will we see the end of the paper ticket, as UK politicians have called for? At present paper is the dominant form of ticket, but McCullagh believes this will change, with paper tickets becoming like bank cheques –still used, but not often. ‘It is like asking if we will see the end of cash. Maybe one day’.