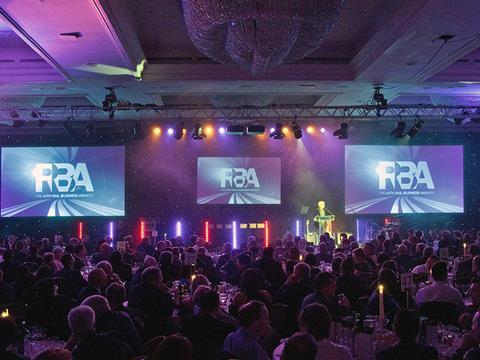 UK: The rail industry is gearing up for the 21st Rail Business Awards at the London Hilton on Park Lane on February 21 2019, the first chance to reflect on the successes of 2018 and celebrate excellence across all aspects of Britain’s railways.

Widely considered to be one of the best networking opportunities in the UK rail industry calendar, the Rail Business Awards will bring together more than 600 industry leaders, politicians and CEOs. The annual event is once again being organised by the Railway Gazette Group.

This year the evening will be hosted by presenter, broadcaster and journalist Jeremy Vine. Best known as the host of his own BBC Radio 2 show, Vine regularly covers railway stories within the consumer affairs strand of the programme. No stranger to awards himself, Vine was named Speech Broadcaster of the Year at the 2005 and 2011 Sony Awards.

The shortlist for the 2019 Rail Business Awards shows the breadth of talent and expertise within the UK rail sector, with nominees representing businesses of all sizes from across the UK rail supply chain. They recognise both the work done daily across the industry to keep passengers and freight on the move and also the research and innovation taking place behind the scenes as suppliers and operators strive to improve performance and efficiency, creating the foundations of the railway of the future.

The importance of the awards can also be seen by the list of high profile sponsors who continue to demonstrate their support for the hard work and effort of the many entrants and nominees, as well as the actual winners on the night.

Much of the ongoing research and development is focusing on what has been branded the Digital Railway and a number of projects shortlisted for the 2019 awards reflect this. Safety continues to be the highest priority for Britain’s rail operators, and the drive for continual improvement in this area stands out strongly across many of this year’s shortlisted entrants.

In 2018 one of the most coveted awards, Train Operator of the Year, was won by Chiltern Railways, with the judges commenting that it was ‘Chiltern’s year’. In addition to completing and launching the new route to Oxford, Chiltern had achieved impressive scores in the National Passenger Survey for punctuality, reliability and overall customer service. The judges said that Chiltern was a ‘worthy winner’ and commended the company for carrying increased numbers of passengers without compromising its high service standards.

On receiving the award Chiltern’s Managing Director Dave Penney said ‘I am tremendously proud that Chiltern Railways has been recognised at the Rail Business Awards. It’s a huge achievement, one that would not be possible without the hundreds of people in the company that are committed to making journeys better and work tirelessly to help us put the customers at the heart of everything we do.’

Winning last year’s award for Sustainability & Environmental Excellence was a very positive endorsement for the Sustainable Development Plan developed by TransPennine Express. The judges commented that ‘being sustainable is not simply about reducing emissions, but being a net contributor to the area you serve’. The award boosted enthusiasm for the company’s drive to encourage more people to switch from cars to trains as it introduced changes to rolling stock and stations. Within the plan TPE committed to reducing waste through energy saving and increased recycling, cutting carbon emissions through the introduction of bimode and electric trains and low-energy lighting supported by solar panels, and creating more community support via a Sustainability Advisory Panel and the establishing of an annual communities and environment fund supported by £50 000 of Transform Grants. On receiving the award the company commented that, notwithstanding environmental and ethical issues, in the current corporate climate gaining a reputation for supporting sustainability is the ‘right thing to be doing’. It also noted that other operators are developing similar schemes, noting ‘people care about the bigger picture… other companies are doing really good things.’

The endorsement of work to ensure primary school pupils understood the need to stay safe whilst on the railway and at the same time feel confident with using trains before progressing to secondary school gave a significant lift to GWR and the partner community organisations who worked together to develop the project. ‘Train the Teacher’ sessions also ensured that teachers are familiar with rail travel. Schools were encouraged to make use of safety resources developed by Network Rail. Schools near stations are being encouraged to provide displays of pupils’ artwork at the station, not only brightening up the buildings and platforms but after giving the children a real interest in looking after ‘their’ station.

The initiative has been shown to considerably reduce anti-social behaviour, vandalism and graffiti, and so it is no surprise that similar schemes have been introduced by other operators across the network.

The drive to use new technology to improve the performance of the rail network is clear from the range of submissions for the 2019 awards. Last year this was recognised in the award for Digital Technology Excellence which was presented to Network Rail for its Track Decision Support Tool which forms a key part of the Offering Rail Better Information Systems (ORBIS) programme.

The Track DST project aims ‘to develop decision-making capabilities that enable Network Rail to make evidence-based decisions for renewals and refurbishment, for predictive and preventative maintenance, and to improve effectiveness’. In practical terms this splits the railway into short lengths to enable Network Rail to see work done and money spent, and to use that history to build a predictive tool so that future problems can be treated before they cause problems with speed restrictions or line availability.

The award also recognised the development and expansion of a tool originally designed to assist in the management of switch and crossing assemblies, to include all issues relating to plain line. Future work may see it developed further to cover other assets including fencing, drainage, earthworks, structures and even signalling and electrification. The selection of Track DST for an award is further endorsed by reports of interest from other railways outside the UK, offering the potential for Network Rail to export its technology around the world.

Being nominated for an award is in itself a prestigious endorsement of work being done across all sectors of the industry and those shortlisted for consideration are now anxiously awaiting the decision of the judges and the announcement of the winners on February 21.

The event promises to be an excellent evening with the awards ceremony itself being followed by an after-show party.

‘These awards highlight the contribution made by so many individuals and companies throughout the UK rail industry who put a huge amount of effort, vision and skill into developing their business and serving their customers’, says Railway Gazette Editor-in-Chief Chris Jackson.