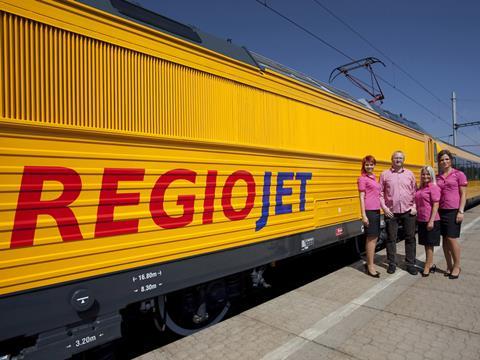 CZECH REPUBLIC: Private operator RegioJet has applied for train paths to launch a new open access passenger service between Praha and the Slovak capital Bratislava from the December timetable change, and has also called tenders for the supply and maintenance of new rolling stock which could be used on tendered services.

RegioJet is seeking up to 60 electric and 30 diesel multiple-units plus 50 coaches suitable for 200 km/h operation under the three four-year framework rolling stock contracts. The potential total value is estimated at KC15bn, although firm orders would depend on RegioJet winning public service contracts.