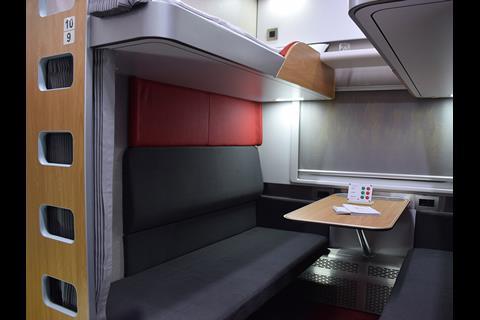 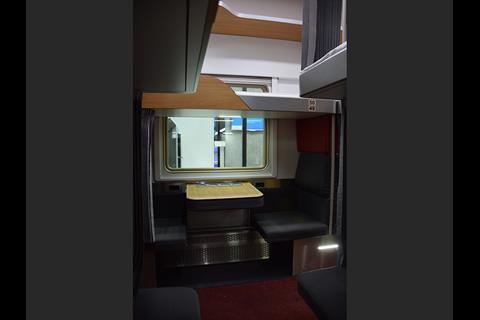 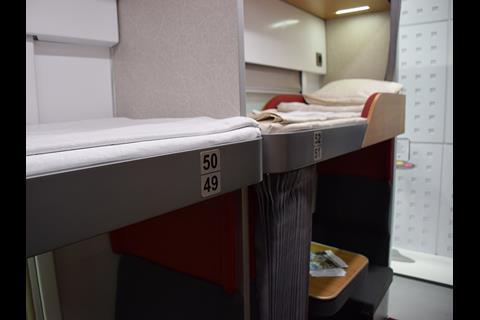 RUSSIA: The future look of Russian Railways’ platskartny coaches which offer the cheapest and most basic accommodation on very long-distance services was unveiled at the Transport Week exhibition and conference in Moscow last month.

On show was two-window mock-up of part of a coach for visitors to inspect and comment on.

The semi-open layout without compartment doors would be retained, but berths would have individual curtains to improve privacy. The new interiors would be modular, with facilities for parents with babies, modern toilets with ‘advanced’ flushing system, snack vending machines, air-conditioning, wi-fi and charging sockets. Tables will be bigger, and the upper berths will also have tables.

The berths would be slightly narrower than at present, as a result of the introduction of soft backrests and barriers to stop people falling out. Feedback at the exhibition raised concerns over a reduction in the amount of luggage space available.

The Vagonremmash factory in Tambov is refurbishing one coach as a prototype, ahead of the planned series modernisation of RZD’s large fleet of platskartny cars which is expected to get underway in 2019.