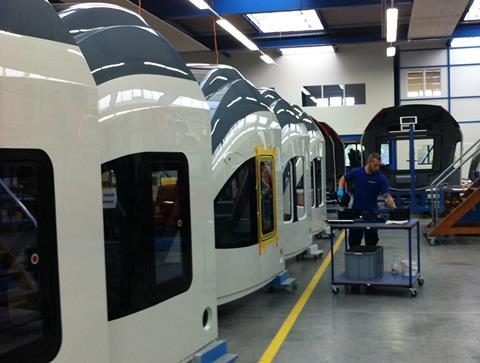 STADLER: Consolidation in the supply sector including the planned Siemens-Alstom merger and CRRC’s expansion has spurred Stadler to develop its own signalling and automation systems.

The Swiss group wants to avoid the need to purchase important components from its competitors in the rolling stock market, and also sees an opportunity to use its strengths in areas ‘which represent a challenge for larger companies’, such as rapid decision-making, high levels of customisation and compliance with delivery deadlines.

Stadler said the complexity of signalling makes it difficult for new players to enter the market. It has formed the AngelStar joint venture with MerMec to develop a range of onboard ETCS equipment under the Guardia brand, and approval testing is underway in Switzerland ready for deployment under five projects in various European markets.

A Stadler team based at Wallisellen near Zürich is also developing CBTC for metro applications, and the company has investigated the requirements for branch lines and plans ‘carefully targeted’ further developments.