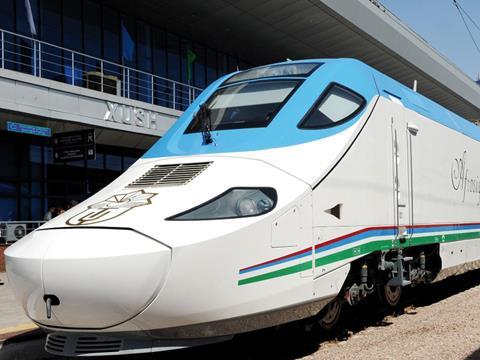 TALGO: Spanish rolling stock manufacturer Talgo has announced a significant year-on-year increase in turnover and profit for 2015, as the result of activities arising from a strong backlog of work.

Talgo said ‘good progress’ was being made with the delivery of high speed trainsets for Saudi Arabia’s Makkah – Medina line, while in Kazakhstan an order for 436 coaches has been competed and work has begun on a second order for 603 vehicles. In November Uzbekistan’s UTY placed a €38m order for two 250 km/h trainsets, taking the total backlog to €3·1bn.

‘2015 has been a year of significant growth in terms of both net turnover and operating profitability’, said CEO José María Oriol. ‘The execution of the backlog has been on time, according to the operating plans of each of the ongoing projects and has met the efficiency targets set by Talgo. As per our long-term view, the company considers it essential to strengthen our backlog with projects that guarantee the sustainability of our business model.’