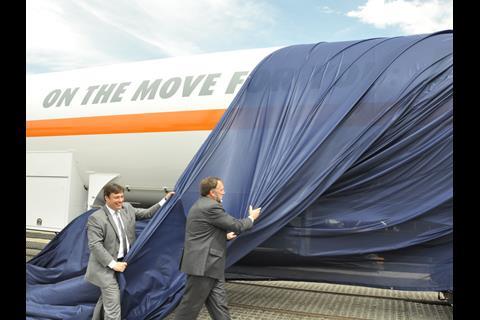 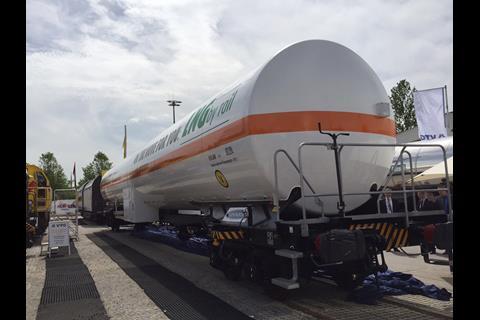 EUROPE: Wagon leasing company VTG and US-based cryogenic transport specialist Chart Industries unveiled what is claimed to be the first purpose-built tank wagon for liquefied natural gas on May 5.

Having been developed over the past three years by the two companies and VTG’s Waggonbau Graaff business, the wagon unveiled at the Transport Logistic trade show in München is one of two prototypes intended to showcase the potential for LNG transport by rail.

VTG says the wagon is now ready to carry its first payload, having received type approval from Germany's EBA safety authority in mid-April.

Cryogenic vacuum sealing is used to ensure the LNG can be stored at -162°C. The LNG is held in a stainless steel inner tank which is encased in a carbon steel vacuum shell to ensure a hold time of up to six weeks. The wagon's tare weight is 90 tonnes with a length over buffers of 25 m. Minimum curve radius is 75 m.