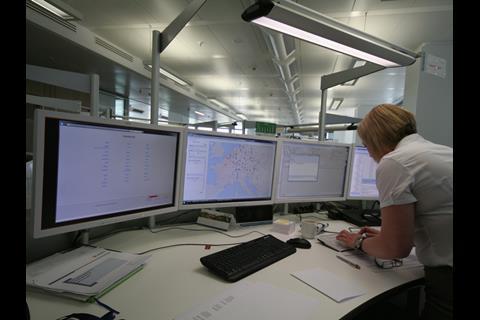 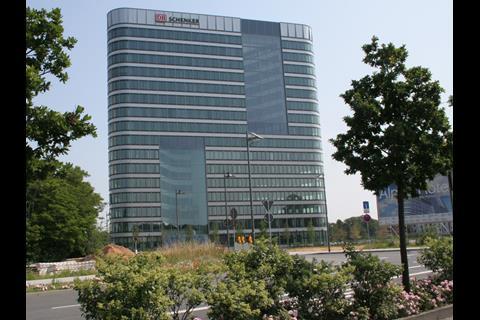 EUROPE: As part of its transition from being a German rail freight operator to a ‘truly European’ business, DB Schenker Rail inaugurated a new European Operations Centre in Frankfurt on June 2.

At present, the company operates through 15 national companies, but its CEO Alexander Hedderich said the intention is to move ‘from patchwork to network’ by 2020. ‘Last year, DB Schenker Rail handled a traffic volume of around 104 billion tonne-km, which is almost a quarter of Europe’s entire rail freight’, he reported, adding that the EOC would contribute significantly to the company’s planned convergence.

The EOC is based at DB Schenker Rail’s headquarters near Frankfurt airport, which opened last year. It is staffed around the clock by a 200-strong team of experienced dispatchers fluent in a variety of languages. They monitor and manage around 5 000 freight trains a day between the North Sea ports and Genova, from Scandinavia to Milano or between London and Poland, for example. Using a mix of block trains and wagonload traffic, DB Schenker Rail currently serves between 7 000 and 8 000 terminals across Europe, of which around 1 500 are in Germany.

The dispatchers at the EOC communicate with the control centres of DB Schenker’s national companies, and with the various infrastructure managers, to identify and solve emerging problems, such as rerouting trains if lines are unexpectedly blocked by storm damage. There is also an emergency situation room which can be staffed in the event of a major incident. Last year, DB Schenker Rail said it had suffered major disruptions somewhere in Europe on 116 days.

‘Our customers are based across the whole of Europe and want to buy their transport from one source, with one point of contact and a uniform level of quality’, said Hedderich. ‘Our European line-up and our network are the basis to meet that need.’