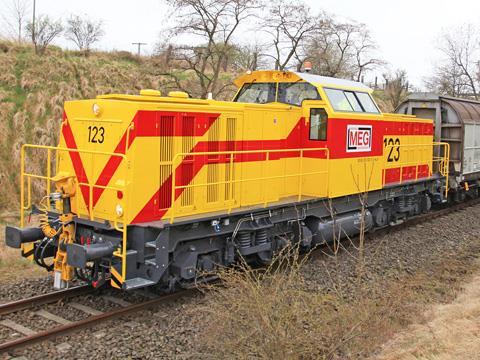 The locomotives use a 250 kW Deutz six-cylinder diesel engine to charge a NiCd battery, giving a maximum output of 650 kW when required. 'This vehicle is less noisy compared to conventional diesel shunting locomotives and saves about 40% on fuel and 60% on emissions', said DB Schenker Rail CEO Alexander Hedderich.

The lease agreement with Alstom announced on June 18 runs to 2018, with an option to purchase the locomotives.

Alstom launched its prototype hybrid shunting locomotive at InnoTrans 2006, and MEG began a long-term test programme in 2010. The current fleet are remanufactured V100 locomotives, but new build is planned for the future.