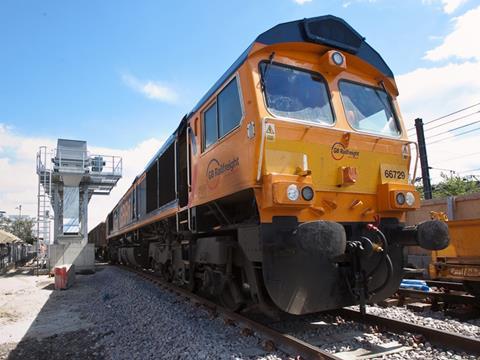 EQT said the offer through through an indirectly-owned company within its Hector Rail group forms part of its strategy to create a ‘leading independent pan-European rail freight operator’.

GBRf was established in 1999 by GB Railways, which was acquired by FirstGroup in 2003. In 2010 FirstGroup sold GBRf to Groupe Eurotunnel’s freight operating subsidiary Europorte for £26·3m. Since then it has more than doubled its activities, with forecast revenues of £125m and improved profitability. Groupe Eurotunnel said the internal rate of return from 2010 to 2016 estimated at the time of the potential sale is just above 28%.

The offer is to be presented to staff representative bodies for consultation, with EQT saying it and Groupe Eurotunnel are ‘ready to quickly move forward with the transaction’.

EQT Infrastructure II invests in medium-sized companies that have the prospect of ‘strong, reliable, protected cash flows and significant opportunities for value creation’. These include a 95% stake in Swedish operator Hector Rail.

‘We would be very pleased with EQT as our new owner and strongly believe that EQT's industrial approach and network, extensive rail freight experience and access to capital would be of valuable support to GB Railfreight in our continued growth ambitions’, says GB Railfreight founder and CEO John Smith.

‘I am convinced that EQT is the right owner to take GB Railfreight to the next level, given their strong focus on growth and sustainable long-term value creation’, said Groupe Eurotunnel Chairman & CEO Jacques Gounon. ‘GBRf has been a great success, proving that significant value can be generated in this sector. On the strength of its results, the group will continue to favour long-term investments and shareholder return.’

The French rail freight activities managed by Europorte are not included in the planned deal, and Groupe Eurotunnel said Europorte would remain ‘focused on its own development to deliver constantly improved customer service, with the goal of becoming the foremost private rail freight operator in France’.