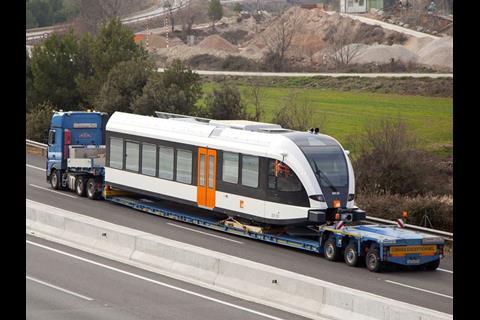 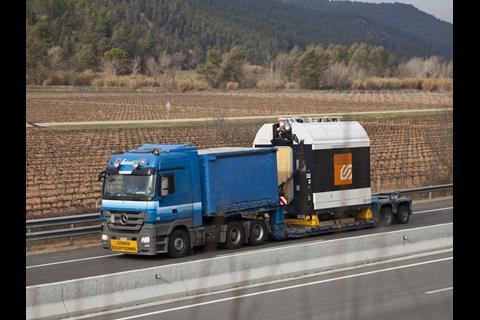 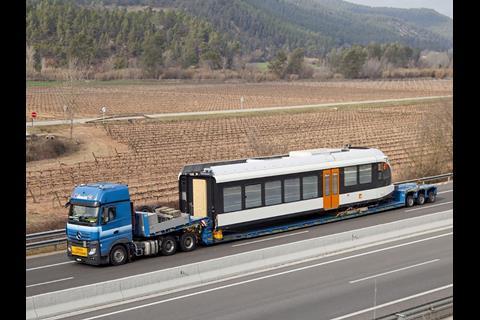 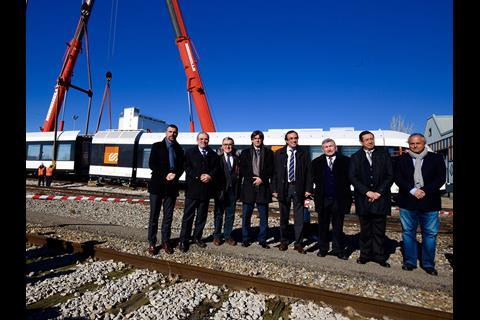 Ordered at a cost of €9⋅4m and designated Class 331 by FGC, the new DMUs should enable the service frequency to be trebled to 10 trains in each direction on weekdays, while cutting the end-to-end journey time by 17 min.

Comprising two passenger cars either side of a central power module, each GTW 2/6 has 104 seats and can accommodate up to 201 passengers. Floor height is 585 mm and the DMUs feature multi-functional spaces for wheelchairs, buggies or cycles.

Introduction of the new fleet will see FGC take over train operations on the 88⋅2 km route to La Pobla de Segur, which have been undertaken by RENFE since ownership was transferred to the regional government in 2005. Responsibility for infrastructure maintenance transferred from ADIF in January 2015, followed by operational control and the staffing of Balaguer station in July of that year. FGC will operate the route with 27 staff undertaking a variety of roles.

Total spending on the route has been €45⋅5m in 2006-16, says the Catalunya regional government, including track renewals between Balaguer and La Pobla de Segur at a cost of €19⋅3m and repairs to bridges, tunnels and earthworks.